Talk Now deserves all the help and support it can get 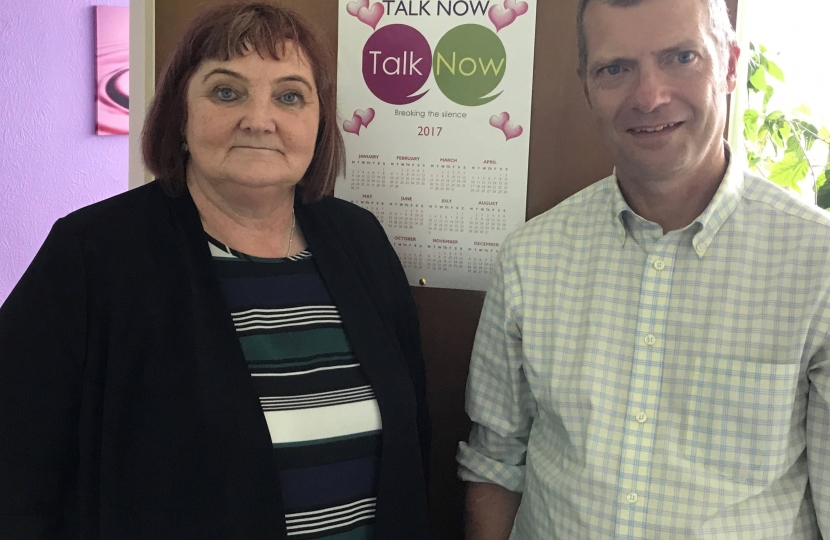 I visited Talk Now after they received a grant from the Big Lottery Fund to find out more about the charity.

Since the first day she has had a waiting list of people wanting her help. Now she plans to extend the charity as demands for its services has continued to increase since it first opened its doors in 2011.

She explained to me that hardest step for many is the first step through her door, after that it’s about talking and more importantly listening to victims of abuse, who for many this will be the first time they have opened up about what happened to them.

Pat stressed to that there is no age range on abuse, pointing out she has people attending counselling from ages 19-78.

The main goal for the charity is to help people realise it was not their fault what happened to them and that by taking action themselves, they can finally get on with their lives knowing that they were blameless.”

Sadly is that there is an ever increase demand from victims for places at Talk Now. The services they offer victims of this appalling abuse is invaluable.