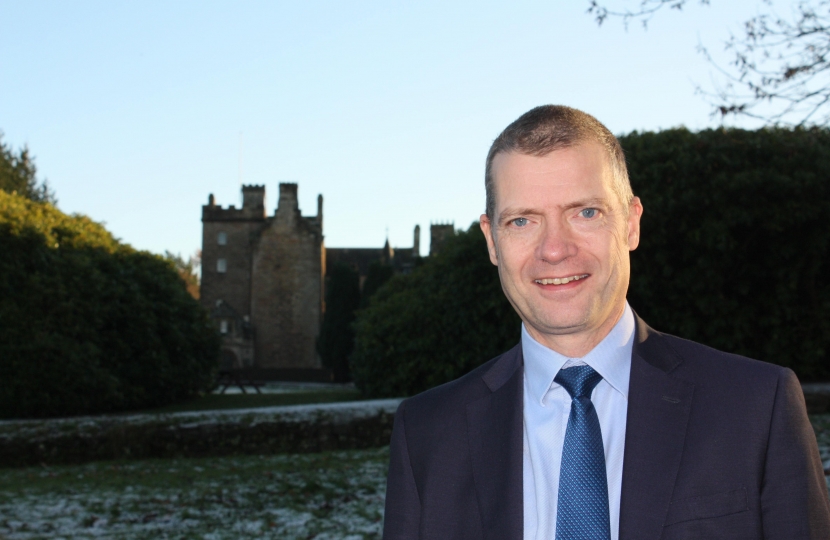 I have represented the Central Scotland region since May 2016 and I have two Conservative colleagues here in Alison Harris and Margaret Mitchell.

I was a councillor for East Kilbride West from 2007 until 2017. In the election for my second term I topped the poll, recording one of the biggest vote share increases of any Conservative in Scotland.

I was a journalist from 1983 until my election to the Scottish Parliament, finishing my career in newspapers at the Scottish Sun.

I was born in Aberdeen and have lived in East Kilbride for over 20 years with my wife and our two daughters - although the girls have spread their wings now.

Outside of politics I enjoy watching football, I enjoy cycling and hill walking when I get the chance – I am also the species champion for the billberry bumblebee – a species found in the Scottish hills - and the holly.

I am a keen jazz fan. I have been lucky to see some of the greats, including Miles Davis, Sonny Rollins, Art Blakey, Horace Silver etc.