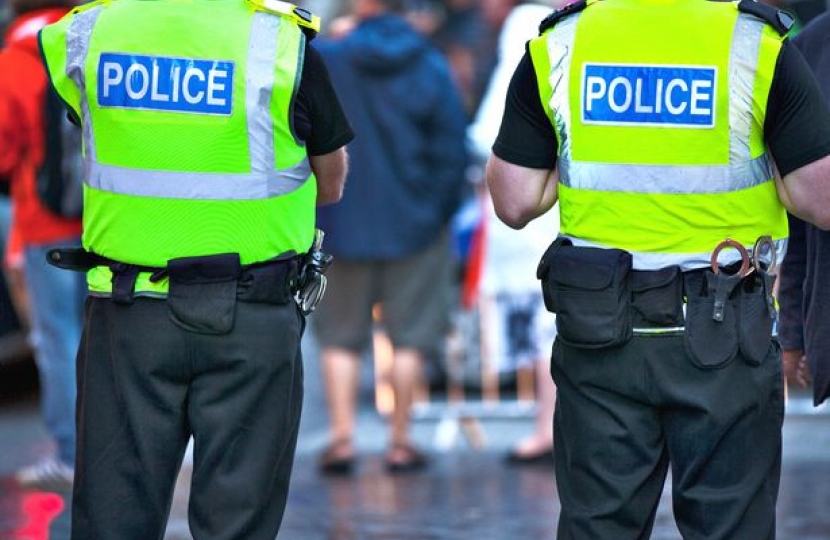 Scottish Conservative and Unionist MSP Graham Simpson for Central Scotland is urging the SNP to ‘put bobbies back on the beat’ by backing his party’s plans for a Local Policing Act.

Mr. Simpson’s call comes after new figures showed how officer numbers have been slashed since the SNP created Police Scotland in 2013, which centralised eight local forces.

In Lanarkshire, a total of 91 police officers have been lost in the period since December 2013.

Mr. Simpson says the SNP have decimated local policing and have stood idly by while violent crime has continued to increase in recent years.

The plans for a Local Policing Act by the Scottish Conservatives would see more police patrolling the streets in Lanarkshire, give communities more of a say on policing decisions and ensure brave officers in Lanarkshire would always be fully resourced.

Commenting, Scottish Conservative and Unionist MSP Graham Simpson said: “Our hardworking officers on the frontline in Lanarkshire deserve to be fully resourced by the SNP Government.

“Instead, since the creation of Police Scotland they have decimated local policing. They have stood idly by while violent crime has increased.

“That is a trend that must be reversed immediately. That is why I am backing Scottish Conservative plans for a local policing act, to put bobbies back on the beat.

“A Local Policing Act will ensure more police are patrolling our streets in Lanarkshire, will give communities getting more of a say in policing decisions, and guarantee proper investment in supporting our officers.

“The SNP’s centralisation has failed to deliver the policing required across Lanarkshire and it is time our communities saw more of a visible police presence again.”