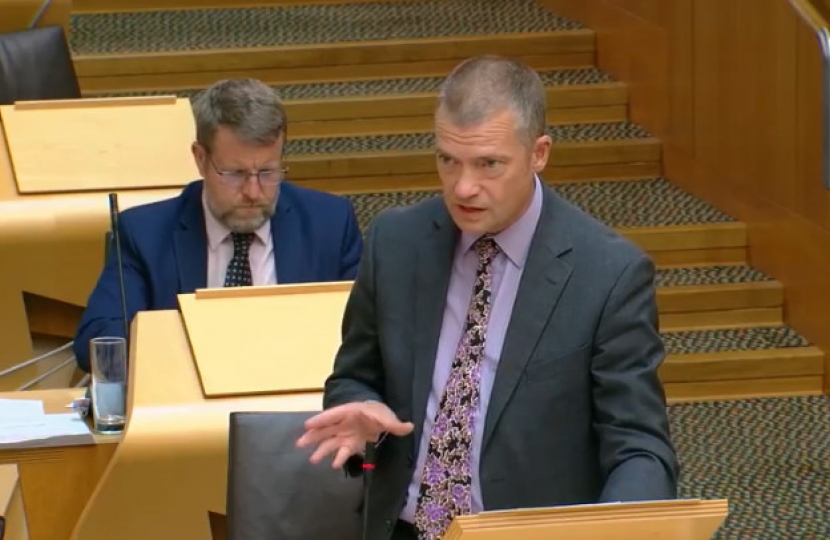 Graham has blasted the Scottish Government for its woeful record dealing with Freedom of Information requests.

MSPs voted unanimously to hold an independent inquiry and to have parliamentary scrutiny of how the Freedom of Information Act has worked.

It followed an open letter from 23 journalists complaining about transparency, as well as statistics showing the Scottish Government is worse than other public sector bodies at responding in full and on time.

Graham said: “The way in which this Government treats freedom of information amounts to censorship that is worthy of a totalitarian state, but why would a Government be open with its people when it thinks that it is the people?“Having accepted that their performance on FoIs has not been good enough, they now need to step in and act according to parliament’s wishes."

In 2002, the then Deputy First Minister Jim Wallace said -" information is the currency of an open, democratic society. Mr Wallace was right back in 2002. We now need a Government that holds to his words.”

During the debate Business Minister Joe Fitzpatrick suggested that ongoing work by the Information Commissioner counted as an independent inquiry.

Graham said: "Parliament was very clear. We want an inquiry and we want it to be independent. It’s not to be part of someone’s ongoing work, it has to be something entirely new. This was yet more smoke and mirrors from the SNP. There was a previous members’ business debate on the subject, with no contribution from the Scottish National Party save for a rambling and embarrassing performance by Joe Fitzpatrick. The Scottish Government believes that it is a beacon of transparency and that we have in Scotland something called an open government national action plan. The problem that we have is, that giving evasive answers is in this Government’s DNA.”