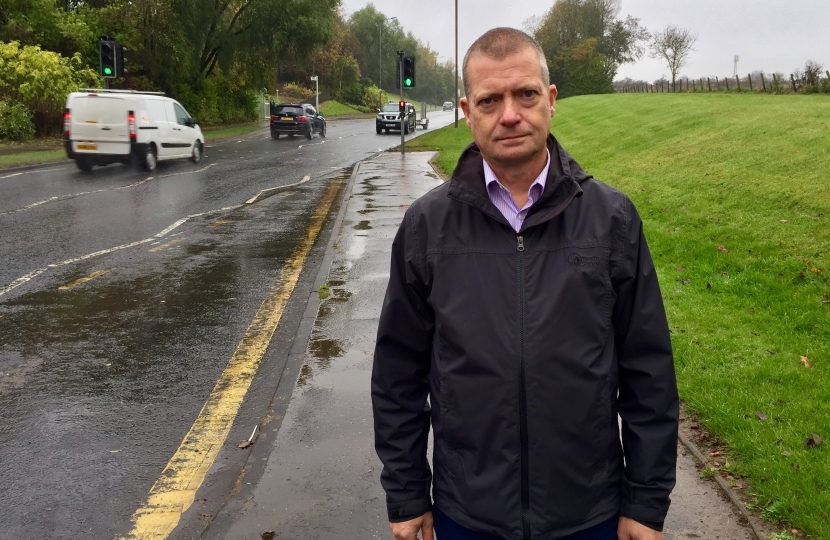 East Kilbride – Graham Simpson, MSP for Central Scotland is calling on members of the public to voice their concerns in the upcoming Stewartfield Way public consultations. Additionally, Mr. Simpson is calling on South Lanarkshire Council to reschedule the consultation post UK general election.

“After years of calling on South Lanarkshire Council for action, a public consultation window has been finally set and will permit the public an opportunity to speak out and against this ostentatious waste of public funds,” says Graham Simpson MSP. “While some progress has been made in setting a date for a public consultation, I’m calling on South Lanarkshire Council to delay it until after the UK general election. Residents have long awaited an opportunity to voice their concerns and to ensure proper turn out, a revised consultation date post-election must be set.”

Hundreds of residents in East Kilbride have signed a petition in 2019 against the project. Despite protest, South Lanarkshire Council has forged ahead on plans to further their scheme, despite the many calls to do a “U-turn” on the project as it stands.

“With this project, we are looking at three years of construction delays that will swallow a sizable portion of public land along James Hamilton Heritage Park and loch,” said Mr. Simpson. “This construction project is environmentally destructive, will not solve congestion, and will ultimately encourage traffic. Given that we have a climate emergency, spending money on projects like this is not the way to reduce emissions.”

The public consultation on the Stewartfield Way project will open on 18 November and will run until 20 December. The consultation will provide an opportunity for interested parties to voice their concerns about the project via an online questionnaire that will be posted on South Lanarkshire Council’s website.  Additionally, a public event will be held on 26 November in Stewartfield Community Centre and on 27 November in the Olympia Shopping Centre.

“I encourage members of the public to voice their concerns toward this horrendous project and for council to reschedule the consultation after the UK general election,” said Mr. Simpson. “Going ahead on a project that locals clearly do not want nor need requires a rethink, and this public consultation forces council to face the music about the cumulative impacts of dualling Stewartfield Way. £62 million could do a world of good for East Kilbride—but not through this project.”