I had  the honour of opening the European Dodgeball Championships at Ravenscraig Sports Centre earlier this month.

I  was delighted to accept the invite from the President of the World Dodgeball Association, Tom Hickson, to get the three days of action underway.

Over 14 nations and 300 athletes headed to Lanarkshire with their sights firmly set on lifting the trophies and securing a place at the World Cup finals being held at the famous Madison Square Garden in New York next year.

With global participation in dodgeball rocketing, this year’s Championships were the largest ever held with Scotland celebrating hosting this prestigious event for first time.

It was a great honour to be asked by the Tom and the World Dodgeball Association to open the Championships.

It was a colourful occasion with all the teams proudly parading before the start with their national flag and really getting into the spirit of the occasion.

It was great to be able to wish all the participants the best of luck and I even got to have a dig at the current World Champions England about them having plenty of practice at throwing things at sporting events over the years which had everyone laughing with the England team taking it in good spirits.

Tom explained to me that dodgeball has really taken off with more 14 nations from across Europe take part this year, making it the largest ever Championships.

He has big plans for the sport and is looking to get it into the Olympics and with the level of participation on the increase it looks like it is only a matter of time until he achieves his goal.

It’s not only about the top end of the game, Tom wants to increase participation grassroots level and get dodgeball into schools.

There are plans to roll the sport out into North Lanarkshire and then Glasgow, if that is a legacy from the Championships I’m happy to give it my backing.

Dodgeball is ready made for schools, and I’m sure that the pupils will love it. We just have to ensure that the schools are open and accessible, especially over the summer holidays.

Sadly, Scotland narrowly missed out on a place in the finals as England showed why they are the reigning World Champions as they dominated the weekend’s action, winning two trophies in the men’s and mixed team’s with Austria securing the women’s title in an extra time shoot-out against England. 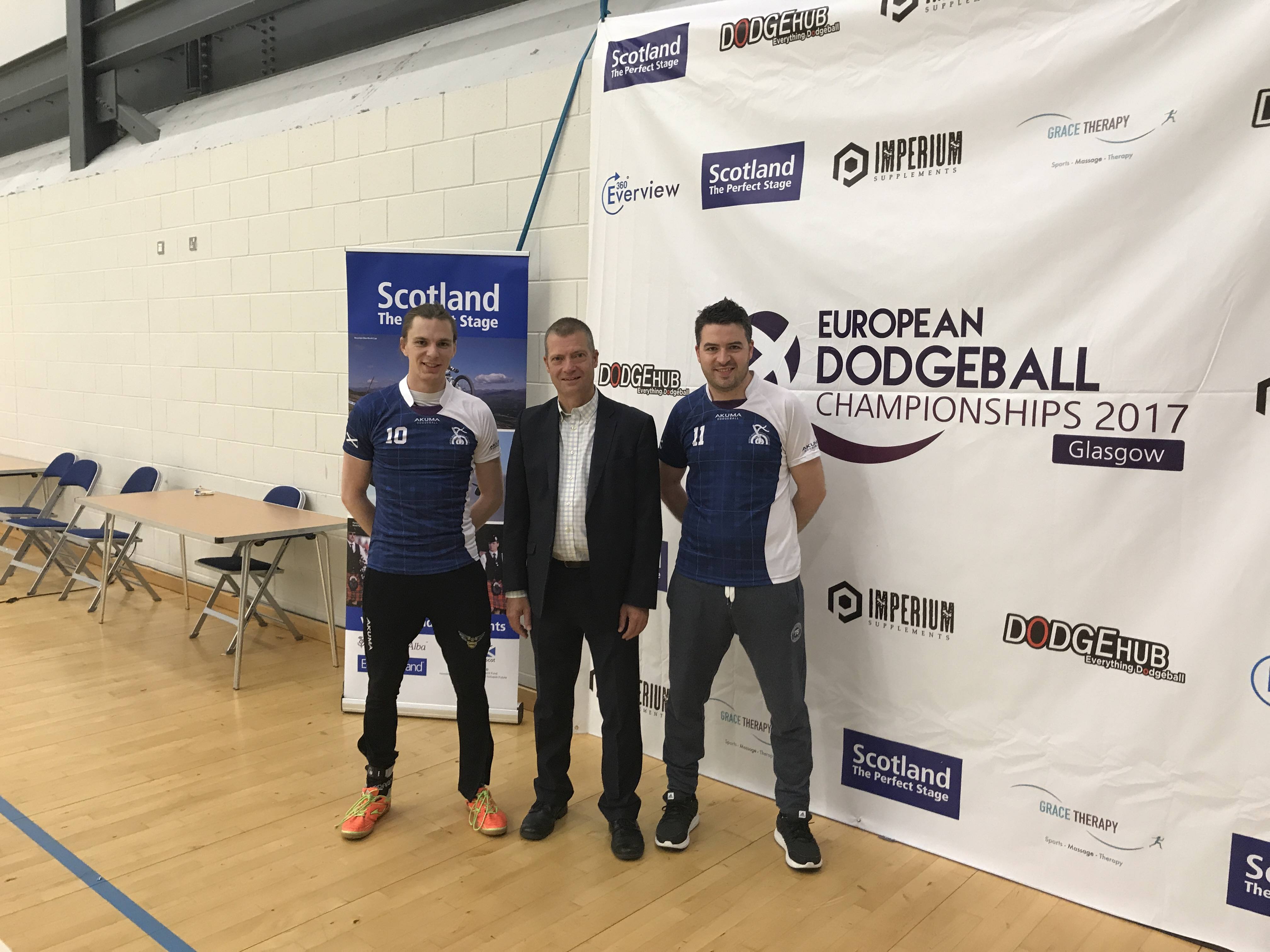