Delays to vaccine rollout in Lanarkshire 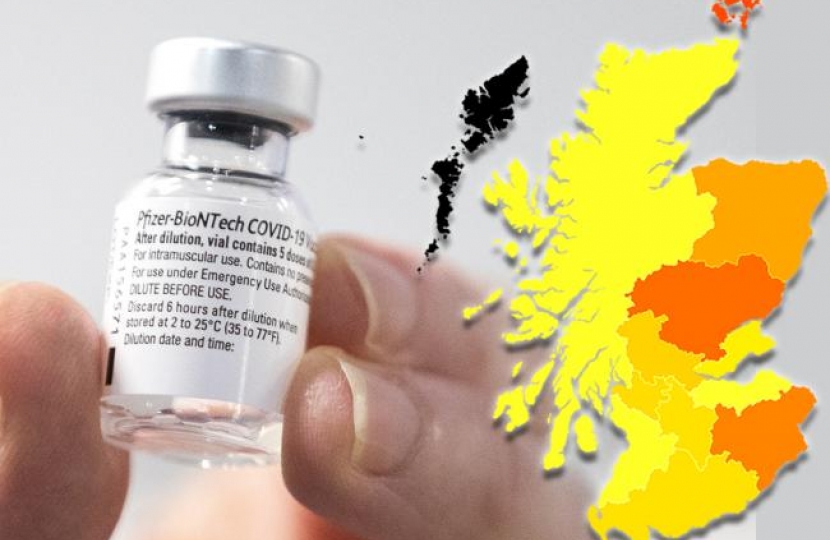 Scottish Conservative Graham Simpson has slammed the SNP Government over their failure to rollout the vaccine programme quickly enough in Lanarkshire.

Mr. Simpson's criticism comes after the latest vaccination figures for Scotland’s health boards showed that the percentage of vaccines carried out by January 24 was lower in Lanarkshire than the average across the country.

Mr. Simpson says SNP Ministers have been far too sluggish to get supplies of the vaccine to Lanarkshire meaning targets to the most vulnerable people will be missed.

In Lanarkshire only 8.25% have been vaccinated, compared to a Scotland wide average of 9.14 per cent.

Mr. Simpson says that the SNP Government’s lack of focus on the rollout is running the risk of a postcode lottery in getting the jabs into people’s arms.

Commenting, Scottish Conservative MSP Graham Simpson said: “The SNP’s vaccine rollout has been sluggish and that is of huge concern among those living across Lanarkshire.

“They are running the risk of a postcode lottery when it comes to getting the jab into people’s arms by failing to get vaccines to Lanarkshire quickly enough.

“The SNP are too busy setting up an independence task force rather than being focused on delivering the vaccine rollout and leading our recovery against Covid.

“The SNP should be ramping up the vaccine rollout across Lanarkshire and using the hundreds of thousands of vaccine doses they have been given by the UK Government.

“Our health staff and volunteers are working tirelessly to deliver the vaccine in Lanarkshire but are being let down by the SNP Government’s total lack of urgency.”