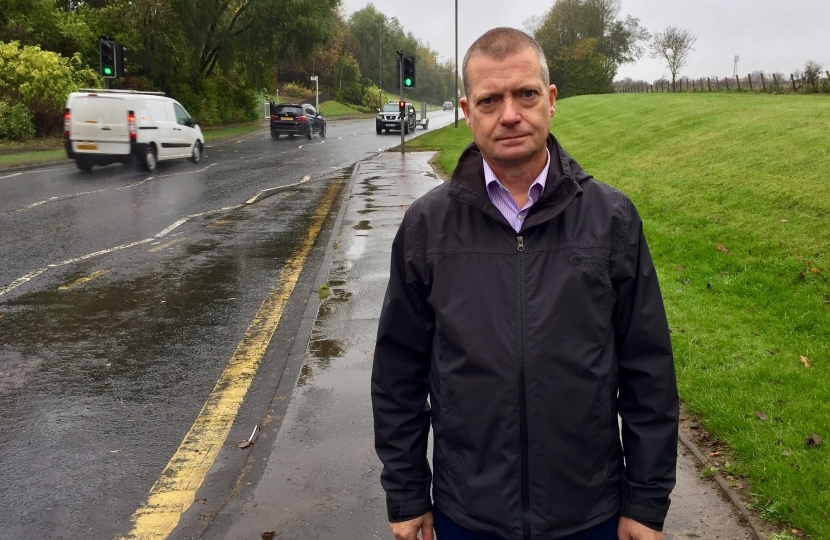 It’s been a long time coming but the U-turn has only come about because of years of campaigning by a number of us in the council, the Scottish Parliament and, of course, from the people of East Kilbride and Stewartfield in particular.

The council was eager to spend more than £60million of City Deal money on the road and seemed blind to the fact that there has always been flexibility on how the money could be spend and that they could change the project.

It’s taken the climate emergency to make them see the light but see it they have.

In recent months I have had discussions with key officials and I suggested that the money would be better spent on funding park and ride facilities at a new Hairmyres station, on building an East Kilbride-wide cycle network and on solving traffic issues at the Kingsgate.

And that’s exactly what the council now plans to do.

They are going to explore options to make traffic flows better at the Kingsgate, which could possibly mean dualling Stewartfield Way between there and the Heritage Loch but not further. There would also be a roundabout at Playsport.

I would be fine with all that so long as there is evidence that it will cut delays.

There will also be a cycle path all the way along the loch-side of the road and that’s to be welcomed – so long as my fellow cyclists use it!

One advantage of that would be that it would lessen the chance of there being any development of the town into the greenbelt beyond the road.

There is still a lot of design work to be done on this but the campaign is won.