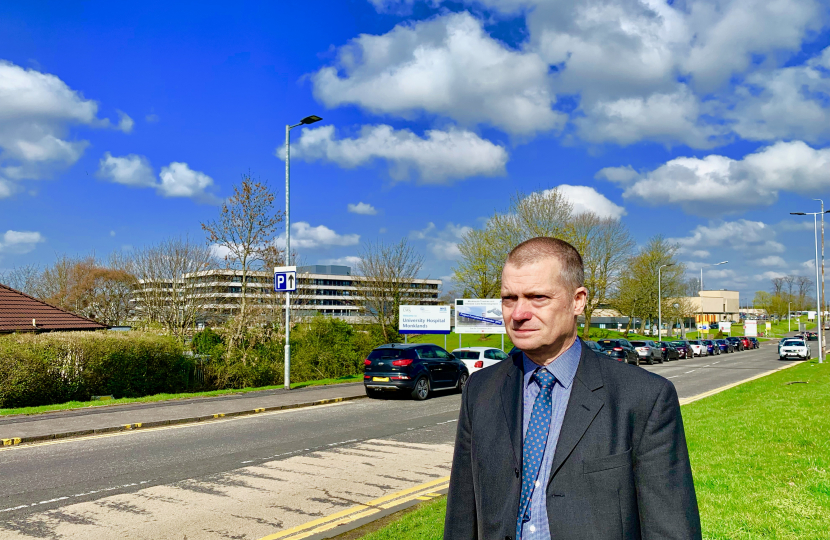 MSP for Central Scotland, Graham Simpson, is calling on the Scottish Government to help NHS Lanarkshire reduce their waiting list for children in need of a neurodevelopment assessment.

Mr Simpson’s call comes after he raised a local constituent’s case with Kevin Stewart, the Minister for Wellbeing and Social Care, in the Scottish Parliament last week (Wednesday 30th March).

The constituent, who is from East Kilbride, was recently told her son may have to wait 21 months to see a community paediatrician before joining the regional NDS waiting list for an assessment which is currently between 2 and 3 years.

The Scottish Government’s current target is for children and young people to be assessed within 4 weeks of the identification of need.

This comes during World Autism Acceptance Week which takes place from the 28th March to 3rd April and aims to draw attention to the 700,000 people in the UK living with the condition.

Following his question, Mr Simpson has received an incredible reaction from other families across Lanarkshire who’s children are also facing significant delays.

Many, who chose to share their stories on Facebook, reported having to wait more than 4 years for an assessment – leaving their children unable to attend school or socialise with others.

He plans to speak with a group of parents who have got in touch about the issue to hear their own stories before requesting a meeting with the Minister to discuss this in more detail.

Graham Simpson, MSP for Central Scotland said: “There has been an incredible reaction following my question to the Minister, Kevin Stewart, which shows how seriously this issue needs to be taken.

“I am confident NHS Lanarkshire are doing everything they can to try and reduce these waiting times but the Scottish Government needs to do more to help them tackle the backlog as soon as possible.

“Some of the stories I have received from constituents really are heart breaking and I intend to meet with families in the coming weeks before raising this again with the Minister”.