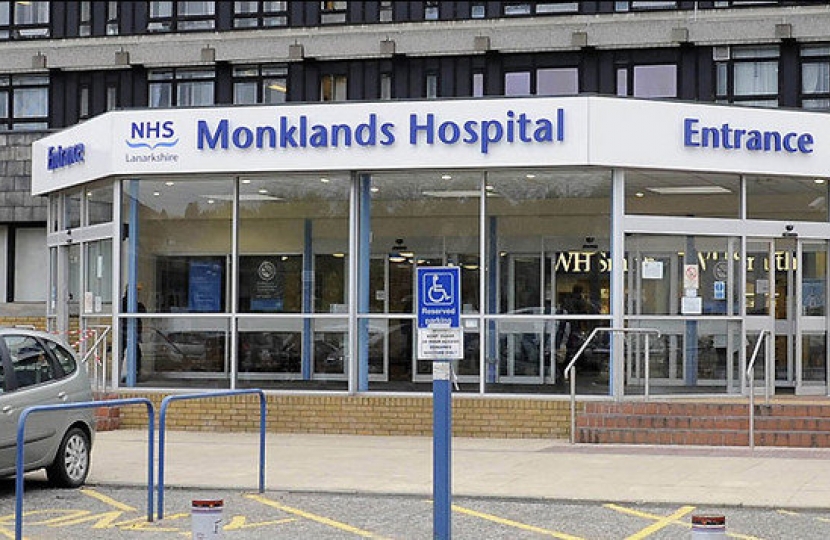 NHS Lanarkshire has been given the go-ahead to develop an outline business case (OBC) to rebuild or refurbish Monklands Hospital.

The Health Board can move on to the next phase of planning following Scottish Government approval of the Initial Agreement to seek a capital allocation for the project.

This is a welcome and long-awaited development. It is imperative that the process to identify a site for a new Monklands – be it the existing site or a new one – starts as a soon as possible and that we have clarity well before the next Scottish Parliament election.

I have also questioned the Scottish Government on proposed changes to trauma and orthopaedics.

NHS Lanarkshire have stated that due to risks which have been identified in trauma and orthopaedics, it is necessary to make changes to the services across the three hospitals by removing trauma and orthopaedics at Monklands. These risks have partly arisen because in the long term, NHS Lanarkshire have stated that they “simply do not have the staff” to operate the three sites.

This raises important questions about the long term staffing problems faced by the NHS in Scotland, and more locally which the SNP have so far been unable to adequately address.