Visit to RAF Lossiemouth was a real eye opener 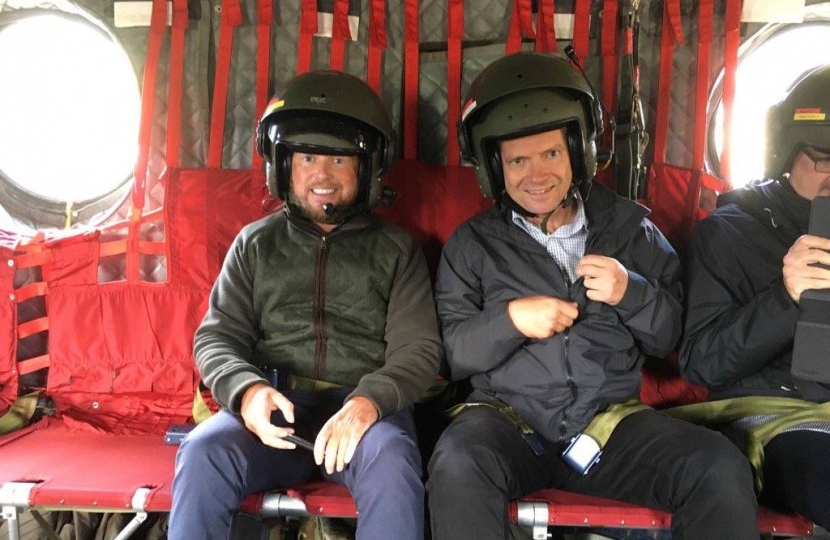 MSPs have had their eyes opened and our hearts inspired this week on a visit to RAF Lossiemouth in Morayshire.

It was part of a series of visits organised by Presiding Officer Ken McIntosh and The Scottish Parliament, which will let us see all three services.

It’s important that we know what they do for us and that they meet your representatives.

We flew up the spine of Scotland, over the Cairngorms and up to the Moray coast by Puma helicopter, a great experience in itself.

There are around 1,800 RAF staff in Scotland and most of them are at Lossiemouth.

It is home to three Typhoon squadrons and will be getting another.

We saw four of these magnificent aircraft taking off. It was a sight to fill you with pride.

Some of us also braved a flight simulator and I am glad it was just that because I would have just cost the country millions if it had been a real plane!

There was a parachute simulator too and while I ditched into the sea, colleague Jackson Carlaw somehow managed to land perilously close to a ship’s edge. Safe though.

There was a demonstration by the RAF Police, a fascinating insight into the work of RAF mountain rescuers and a briefing on safety equipment, of which there is a lot.

Air Officer Scotland, Air Vice-Marshal Ross Paterson said: "Our Parliamentary visitors heard how RAF Lossiemouth’s Quick Reaction Alert interceptors help protect the nation’s airspace and discover how £400m is being invested on site to make us ready for the arrival of our new Maritime Patrol Aircraft fleet, beginning in 2020.

"Most importantly, they also met with our people and their families, including visiting our Childcare Centre, to better understand the particular needs of Service families.

"This is also an opportunity to showcase the contribution of the RAF in Scotland to both national security and also how we contribute to Scotland’s Science, Technology, Engineering and Mathematics (STEM) agenda through our schools’ outreach programme."

The primary role of the Typhoons is to maintain the Quick Reaction Alert (Interceptor) North capability, providing crews and aircraft at high states of readiness 24 hours a day, 365 days a year to police UK airspace and to intercept unidentified aircraft.

Nine P-8A Poseidon Maritime Patrol Aircraft will be based at RAF Lossiemouth, bringing a massive boost to the workforce at the base.

Other MSPs on the trip were Jamie Greene, Bill Bowman, Finlay Carson MSP and the local MSP Richard Lochhead MSP.