Tree Preservation Order at Woodhall and Faskine is Now Permanent 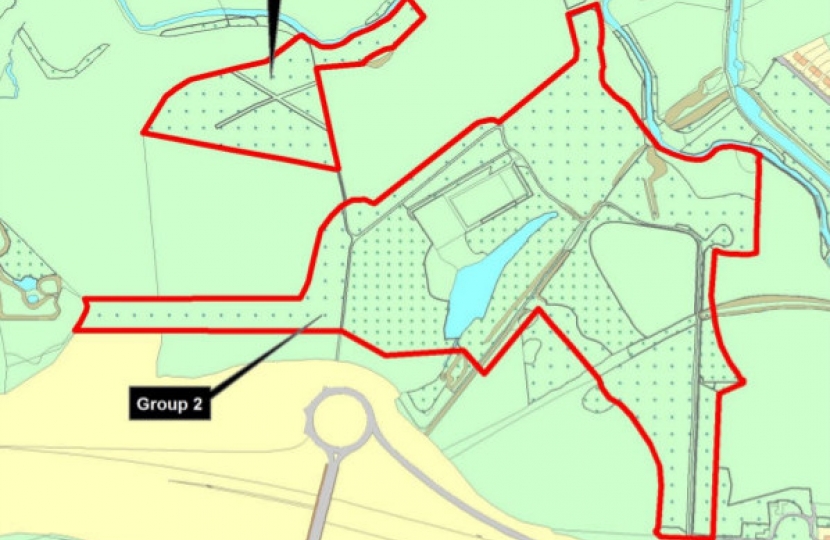 THE CAMPAIGN to save the Woodhall and Faskine estate from development has received a boost after a temporary Tree Preservation Order (TPO) was made permanent.

The initial TPO was secured by Tory MSP Graham Simpson in conjunction with the Woodland Trust last December, as part of the campaign to save the greenbelt at Calderbank and Carnbroe.

This move came about after developers Orchard Brae confirmed it was planning to develop on the land, to allow thousands of homes to be built on the historic and ancient woodland.

No objections were made within the six-month period of the temporary TPO, allowing North Lanarkshire Council to make the order permanent.

This means that no trees under the two areas covered by the TPO can be felled or removed by any potential construction work if the developers secure planning approval.

Mr Simpson said “The news that the TPO is now permanent is a real boost for the Save Woodhall and Faskine (SWAF) campaigners, with whom I have been working work alongside to save this stunning local nature spot.

“The TPO covers two large areas that are earmarked for development. I hope this latest news will stop this destruction of this historical woodland in its tracks once and for all.

“I have to congratulate SWAF members on their tireless work in their campaign to safeguard their local greenbelt and the benefits it brings to the community. It is vitally important on grounds of health and wellbeing that the local greenbelts around communities like Calderbank are preserved.

“If you ask any doctor what he or she would recommend to anyone concerned about diabetes, mental wellbeing and stress, it would be a good walk in the countryside breathing in the fresh air. We need to stop thinking that the greenbelt is just another piece of land to build on. It plays a vital role in the well-being of local communities it serves.

“Hopefully now the TPO is secured, the people of Calderbank and Carnbroe can enjoy their own small piece of stunning woodland in the knowledge that it will be there for many years to come.”