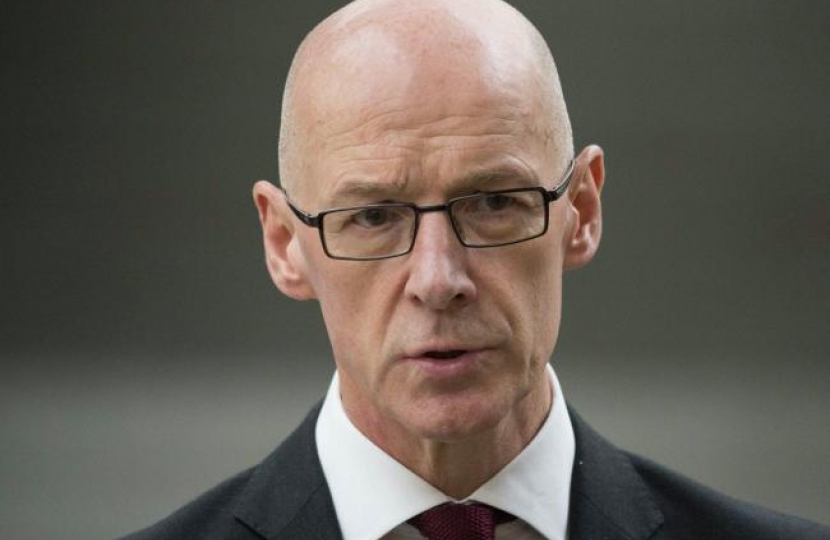 Mr. Simpson has made the call after the Scottish Conservatives defeated the SNP in Parliament earlier this week securing cross-party support on calls to release the Organisation of Economic Co-operation and Development review before the election.

The SNP Government were due to publish the review this month but have since confirmed it won’t be published until after the election in June.

Mr. Simpson says that proves SNP Education Secretary John Swinney is ‘running scared’ of the report’s findings and the verdict they will deliver on the SNP’s record on education.

Mr. Simpson is also backing plans by the party for a national catch-up plan to prevent a lost generation of pupils who have had schooling disrupted due to Covid.

Commenting, Scottish Conservative and Unionist Graham Simpson said: “By refusing to release this report prior to May’s election, John Swinney and the SNP Government are running scared of its findings.

“This report is sitting on Mr Swinney’s desk right now but it is clear he doesn’t want to be transparent with voters ahead of the election.

“The Scottish Conservatives have demanded this report is published immediately and secured cross-party support for this in parliament. If the SNP refuse to do so, it is typical of their arrogant attitude.

“I am also supporting our party’s proposals to set up and immediate and urgent national catch-up and tutoring scheme to avoid a lost generation of pupils including many right here in Central Scotland who have had to endure such disruption. We have lobbied the First Minister directly over this and are pushing for urgent meetings to get this off the ground.

“The SNP pretend that education is their number one priority when they are busy focussing on drafting plans for another reckless independence referendum.

“Parents and pupils deserve better than this distracted government.”