State of Scotland’s housing in decline under the SNP 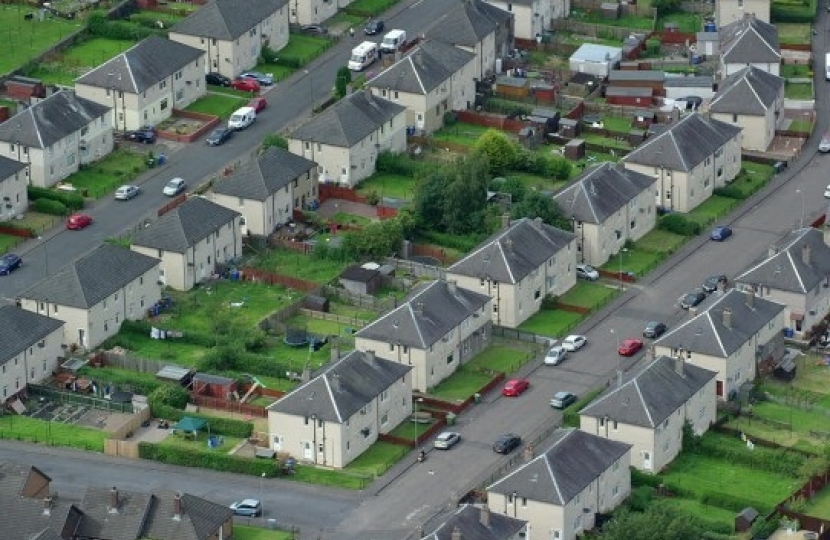 Three-quarters of homes in Scotland have “some form of disrepair”, a substantial increase on the previous year, a report has revealed. The Scottish Government published its analysis into the state of the country’s homes today.

“The SNP is overseeing a housing crisis in Scotland," said Graham Simpson MSP. "Not only do we not have enough homes generally, but the housing we do have is simply not of a high enough standard, and things are getting worse."

The Scottish House Condition Survey also revealed 57 per cent of properties have “disrepair to critical elements”, a seven per cent rise. Even the number of homes requiring urgent repairs increased in 2018 from 28 per cent to 30 per cent.

"The SNP has been in charge of housing for almost 13 years, and has to take full responsibility for this decline in standards," said Mr. Simpson. “The nationalists like to talk a good game on poverty and living conditions but, like everything else, they completely fail to deliver in practice.”

The Scottish Conservatives said the data showed the SNP government was failing to ensure existing properties were properly maintained, as well as not building enough new homes.

New finance secretary: Too easy for SNP to blame Brexit and London

Scotland’s new finance secretary has been urged to practice what she once preached – after it emerged she said the SNP government was too quick to “blame Brexit or blame Westminster."