SNP no friend to taxpayer or to local government 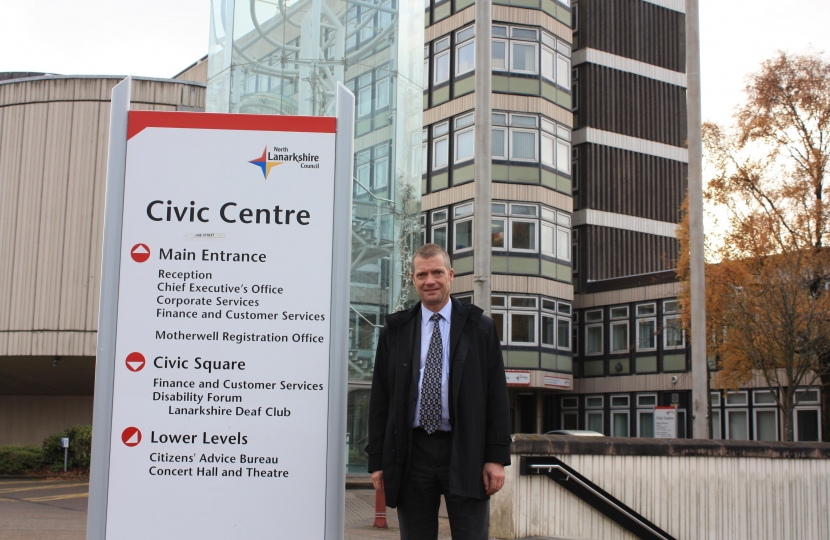 Graham's Column from the Airdrie and Coatbridge Advertiser, 01 February 2017

It’s just over 90 days before we go to the polls again, this time to elect a new set of councillors. I won’t be standing. Having been elected as a regional MSP in May last year, I have decided to concentrate fully on that role. A huge part of that is exposing the SNP’s hostility to local government and taxpayers.

Let’s take the second part of that first.  Over 25,000 houses in North Lanarkshire will be hit with higher council tax bills this year – imposed by the SNP and not the council. Most of these people live in modest homes and are not rich but they are being penalised because the SNP thinks they are high-rollers who deserve to be penalised. When it came to voting on this the Scottish Conservatives led the opposition with only a few Lib Dems joining us in voting against. Labour MSPs backed the plans.

Now to the first part of that earlier statement – the SNP’s hostility to local government.

Last week I took part in a debate on the draft Scottish budget. This will see huge cuts to local government and means North Lanarkshire Council will have to slash around £25million from its budget. The SNP would have you believe that they are the friend of local government but the reverse is true.

Year after year, councillors have had to make increasingly tough decisions on cuts to services. This year is no different. I made that point in last week’s debate but was met with howls from SNP members, meekly following the line trotted out by their Edinburgh masters.

This week MSPs vote on the budget. As well as seeing council tax rises, it would see many Scots paying more in income tax than elsewhere in the UK.

If it passes in its original format it is going to cause huge pain.