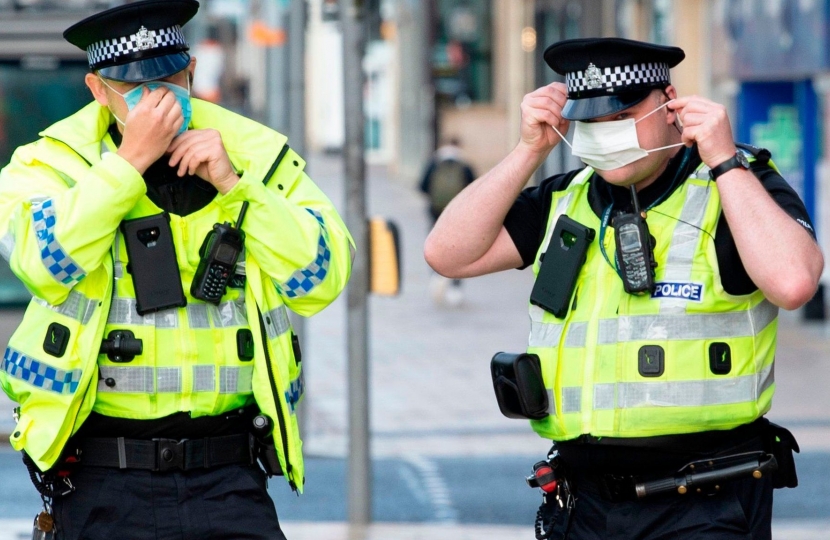 Scottish Conservative and Unionist MSP Graham Simpson for Central Scotland has called on the SNP to protect frontline officer numbers in the area.

Mr. Simpson has made the call after new figures highlighted new figures that have shown the number of frontline officers has fallen between June and September and since the creation of Police Scotland in 2013.

The MSP says it is imperative that the SNP give frontline officers in Lanarkshire the resources they need to effectively tackle crime.

In the last quarter the number of divisional officers in Lanarkshire fell from 1,420 to 1,385, while since the creation of Police Scotland in April 2013, there are now 80 fewer officers in the area.

“It is clear that frontline policing is continuing to be reduced in Lanarkshire on the SNP’s watch.

“Our hardworking officers on the frontline must get the resources they need to tackle crime in Lanrkshire.

“People in Lanarkshire will be alarmed at the reduction in officers in recent months and since the creation of Police Scotland.

“Officers put themselves on the line each day to keep communities in Lanarkshire safe.

“The very least they deserve is to be properly resourced and supported by this SNP Government.”