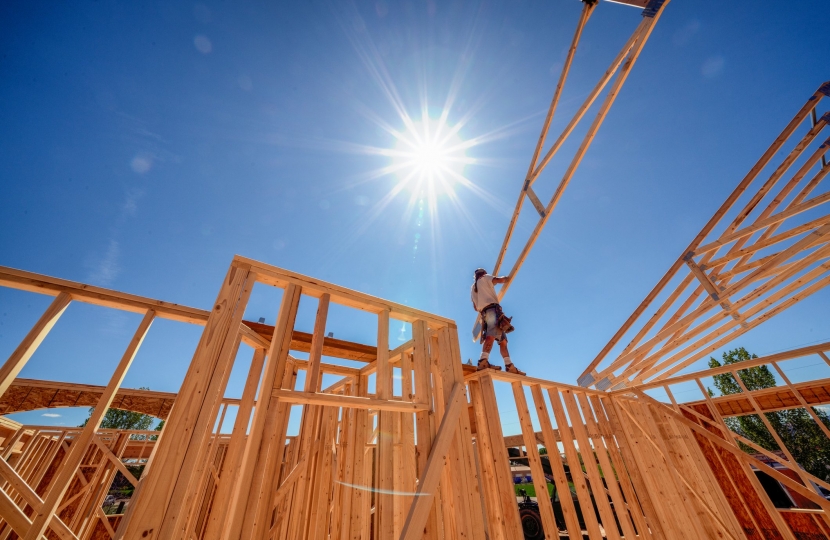 Housebuilders should be given the green light to return to work safely in Scotland, after it was reported construction south of the border will resume within 10 days.

Major firm Taylor Wimpey said it would return to building sites on May 4 in England and Wales with appropriate social distancing and other safety measures in force.

However, the company – which has sites in development across Scotland – said it did not expect to start up again here because it hadn’t received permission from the Scottish Government.

The firm’s share price rose by 11 per cent on the back of the announcement for England and Wales, suggesting a return to construction could help Scotland’s economy begin a revival.

But it stated: “This decision is based on current Government guidance and medical advice and, if this was to tighten further, we would conduct a further review. At this stage we do not expect to start work in Scotland, until a return to construction receives the Scottish Government’s support.”

“We can’t have a situation where building sites are back up and running in the rest of the UK, but lie empty here.

“That would be an unfair blow to our economy, not to mention the people across Scotland who are waiting to move into these much-needed new homes.

“If construction firms can get back to work safely in England and Wales, then they should be able to do so here.

“We appreciate that public health and the protection of life are the biggest priorities – but if housebuilders can do that without risking those things, it has to be looked at.

“We’ve always said we will support a divergent approach in Scotland if it can be shown that it’s of benefit for Scotland.

“That’s why the SNP government has to allow housebuilders back to work under new conditions, or explain very clearly and convincingly why they cannot.”