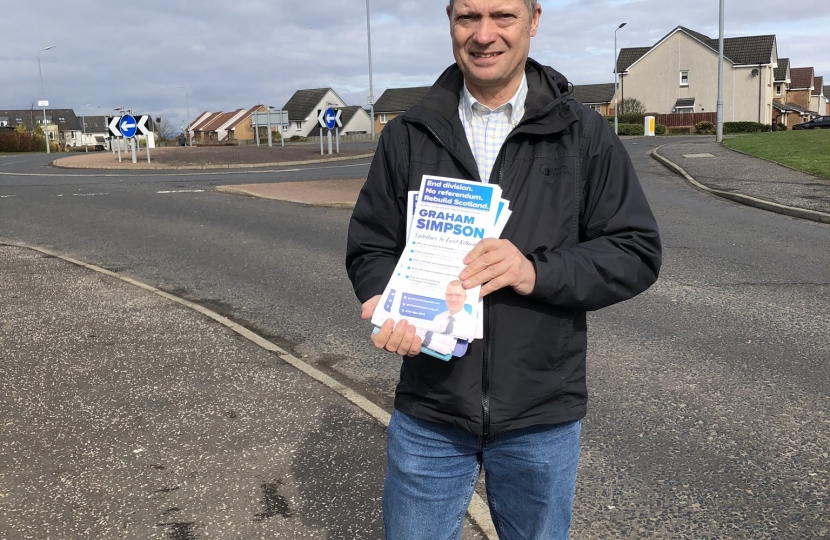 The plan sets out ambitious manifesto proposals to introduce a Scottish Smart Travel Card, reverse the Beeching cuts of the 1960s, and roll out full fibre broadband by 2027.

The party would also develop a new action plan to meet Scotland’s electric vehicle target, including a complete national charging system by 2025.

The party also revealed analysis showing more than a decade of delays to current infrastructure projects under the SNP Government, which predate the Covid-19 pandemic.

“We would unite Scotland with closer transport links and improved local services in every part of the country.

“If we’re going to tackle the looming economic and jobs crisis, we need to look at bold plans like a three-lane M8, reversing the Beeching cuts and rolling out full fibre broadband everywhere by 2027.

“The SNP’s infrastructure incompetence can be seen all over the country, from the ferries fiasco on the Clyde to the delayed Sick Kids hospital in Edinburgh to the roads in the North East they’ve been far too slow to fix.

“Any project by the SNP is inevitably delayed and the costs often spiral out of control.

“By stopping an SNP majority and their push for another referendum, the Scottish Conservatives would get all of the focus back onto rebuilding Scotland.”

READ OUR PLAN VIA THE ATTACHMENT BELOW.👇