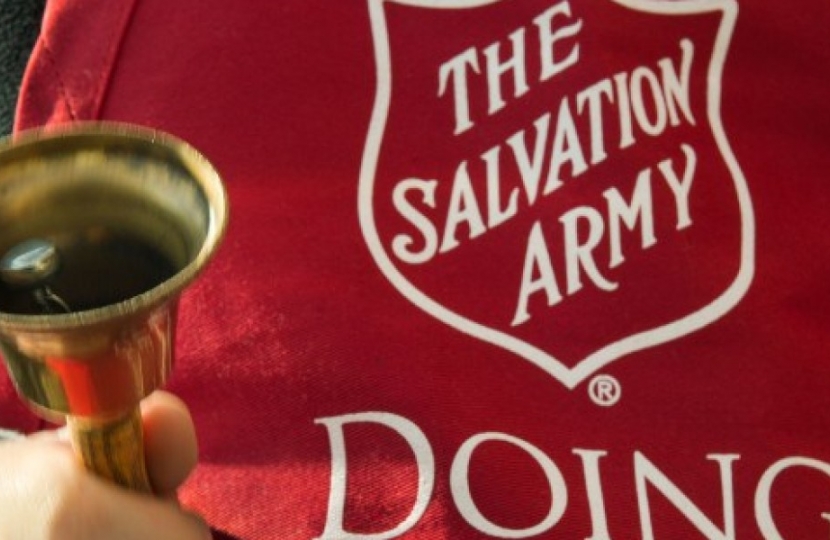 The Salvation Army alongside Tory MSP Graham Simpson are calling on the Scottish Government to increase funding for services that tackle homelessness.

Recent figures show that that number of homeless people who died in Scotland rose by 19 per cent in 2018 and in response to the latest budget, leaders of the Salvation Army in Scotland met with Tory MSPs Graham Simpson and Murdo Fraser to support their calls for more investment.

The draft budget makes £50 million available for the Ending Homelessness Together Fund. However Scottish local authorities have submitted proposals for spending on homelessness for £130 million.

“The SNP Scottish Government’s £50 million Ending Homelessness Together Fund is not simply not enough.

“Councils are facing severe cuts from this SNP Scottish Government when in fact, they are in dire need of greater government support.

“The levers of homelessness are extensive – they range from relationship breakdown and domestic violence to surging housing costs and a loss of employment.

“It’s 2020, and the fact that we still have homelessness in our communities is completely unacceptable.

“We have asked for extra money to be allocated to ending homelessness in the budget and I hope we will see that.”

“Now is the time for the Scottish Government to maximise investment in homelessness services to realise the most precious outcome of all – saved lives.

“As a leading provider of homelessness services, we remain concerned that the amount of money available for the Ending Homelessness Together Fund is too low.

“We are writing to all finance spokespeople in the Scottish political parties urging them to increase the provisions in the budget for homelessness support.

“Scotland has a chance to change the story on homelessness but we must take action now.

“We know from the recent rapid rehousing transition plans submitted to the Scottish Government that local authorities will need closer to £130m to deliver on their new commitments.

“The Salvation Army has been faced with a cut of 41% in the average funding per bed space. As a result, we are having to increasingly subsidise them through our Salvation Army charitable resources. It is difficult to see how this can remain sustainable in the long-term.

“We are calling upon all Scotland’s political parties to take urgent action now to increase homelessness funding.”

The SNP government has been urged to supply supermarkets with the list of Scotland’s most vulnerable people to help them prioritise delivery slots during the coronavirus pandemic.