Recovery plan is vital for the survival of newspapers 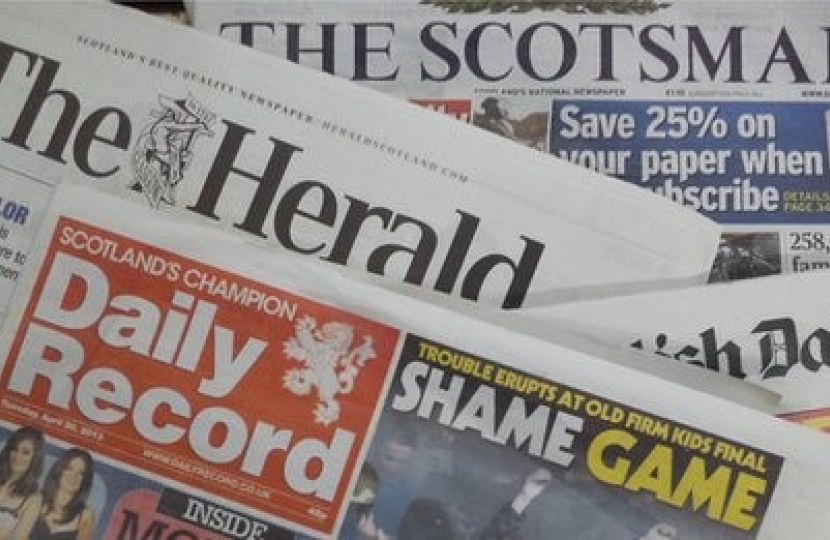 The Scottish Conservatives have launched a newspaper recovery plan to support the long term future of the industry.

The plan itself has been drafted in collaboration with the National Union of Journalists and follows previous interventions from the Scottish Conservatives to support the sector.

The Scottish Conservatives launched the plan today which will –

“The lockdown has had an extreme impact on local and national media circulations.

“Despite opposition from the SNP the Scottish Conservatives managed to secure additional financial support for local newspapers last month.

“At the time we said that it wouldn’t be enough and we called on the SNP government to put forward a longer term plan to help this struggling industry.

“Our plan supports local and national papers; from the ground up, through advertising and with support for journalists.

“A functioning media is absolutely crucial for a well functioning democracy - there is simply no option, the SNP government must support newspapers and ensure their long term survival.”