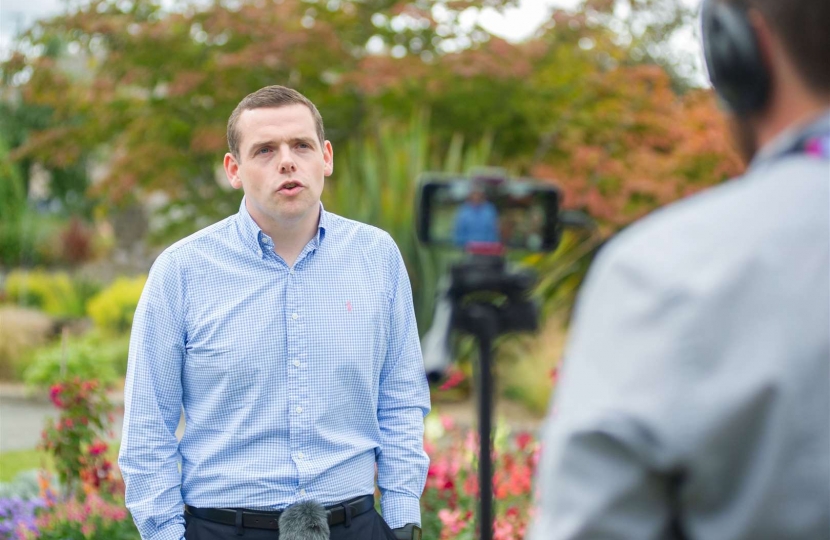 The Prime Minister has confirmed he “won’t budge” on the commitment he gave Douglas Ross on Monday to extend furlough if the evidence shows a second lockdown in Scotland is necessary.

On Monday, the Scottish Conservative leader asked the Prime Minister to confirm that furlough would apply over the next month and in the future if Scottish jobs were under threat.

The Prime Minister said today he “won’t budge” on the guarantee he gave Douglas Ross that "if other parts of the United Kingdom decide to go into measures which require the furlough scheme, of course it is available to them.”

The Scottish Conservatives have repeatedly called for furlough to be available to protect Scottish jobs in the event of another Scottish lockdown.

Scottish Conservative leader Douglas Ross said: “I have said from the outset that the guarantee to protect Scottish jobs in the event of a second lockdown was an absolute must.

“The Prime Minister made that commitment on Monday and has made that unequivocal again today."

"This is reassuring news for the people of Scotland.

“It will be hugely reassuring news to Scottish workers and businesses that the UK Government will support jobs over the next month and the furlough scheme will be available to save Scottish jobs again if we need another lockdown.

“The furlough scheme has already protected nearly a million Scottish jobs. It’s now vital that the Scottish and UK Governments work together to keep those jobs safe through the next even more challenging phase of the pandemic.”