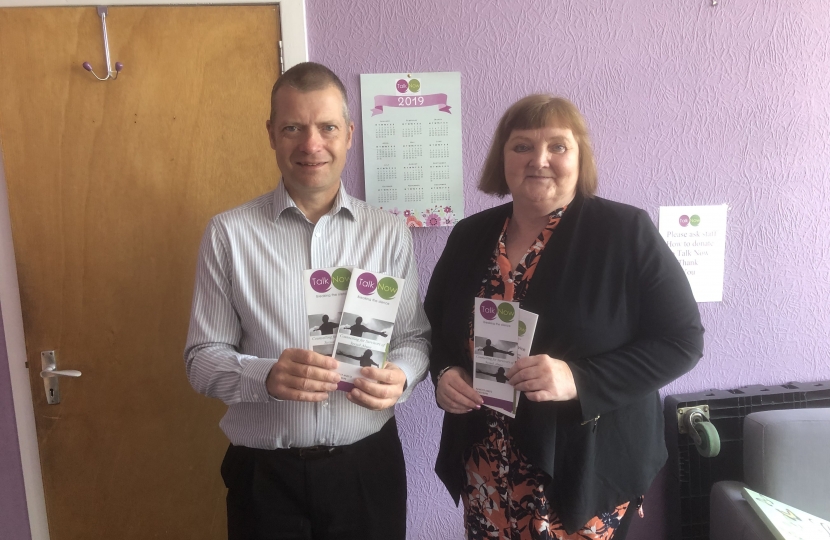 An MSP has said he is shocked at the number of people seeking help from an East Kilbride charity dealing with sexual abuse victims.

Central Scotland MSP Graham Simpson visited Talk Now in East Kilbride after it was awarded the final year of a £90,000 three-year package from the Lottery.

Talk Now, run by Pat Mair, is dealing with more than 130 people a week from its base in Strathmore House. The group has 13 counsellors and has plans to expand.

Mr Simpson said: “Since I last visited Talk Now the numbers of people they deal with has rocketed. I find the figures quite shocking, but it is fantastic that we have an organisation that can help those who are suffering from the trauma of sexual abuse.

"Most of their clients are men, most are from South Lanarkshire – though sometimes they get people from further afield. Generally, the clients are aged between 18 and 60, though they have had older clients.

“I am immensely impressed by the work Pat and her team do but it is a crying shame that they are needed in the first place. I hope they continue to be backed by the Lottery and the Scottish Government.”

I don’t know Dominic Cummings so my judgement is based only on what I have seen and heard, just like everyone else.

We have all made sacrifices these past few weeks, some much more than others.