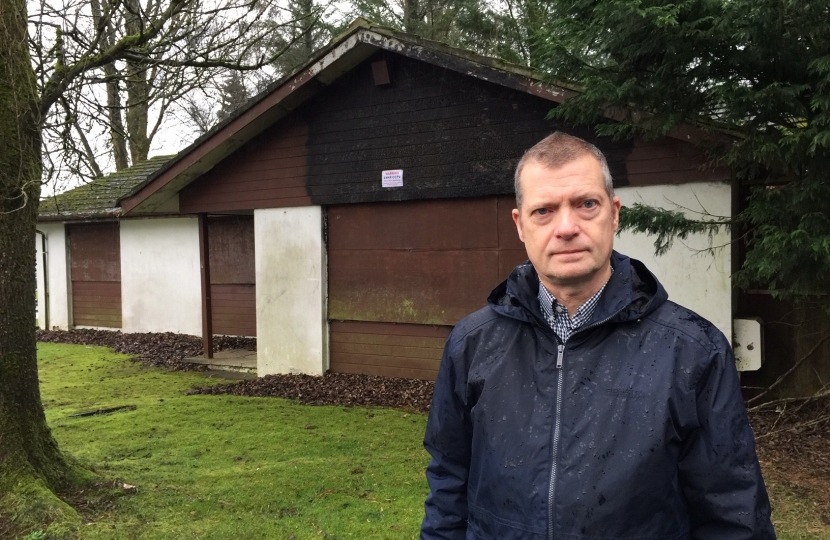 Today during parliamentary debate, Graham Simpson MSP commended the progress of South Lanarkshire Council toward hiring a local Empty Homes Officer in response to the growing number of empty homes.

“We are in the midst of a housing crisis and local council’s need to be doing more to ensure that local residential properties are not sitting vacant and derelict,” said Graham Simpson MSP. “Every council should have a dedicated Empty Homes Officer. South Lanarkshire covers a large area and when you have smaller councils like Falkirk employing two Empty Homes Officer’s, it’s evident that South Lanarkshire Council could be doing so much more.”

In 2019, South Lanarkshire Council was one of eleven councils in Scotland not to have an Empty Homes Officer. South Lanarkshire also stood out in that they took a hard line on applying the empty homes surcharge. Scottish Land and Estates expressed their frustration at the inconsistent way discretion was being applied to the levy.

“Scottish Land and Estates representatives said that in a number of local authorities, people with empty homes with active repair plans, some of whom are waiting for building warrants from the council—have the 200 per cent levy applied, without any discussion,” said Mr. Simpson. “In some cases, some local council’s have made decisions surrounding these levies without sending a representative from the Council to visit the property. This was echoed by people from South Lanarkshire at an informal session we held who said that the council applied the levy rigidly without sending anyone out to see properties.”

“These haphazardly applied levies meant that those struggling with repairs were out in an even worse position,” said Mr. Simpson. “There was a sense that some local authorities were using the levy as a revenue-raising tool, rather than a means to encourage people with empty homes to bring them back into use.”

After Parliament’s Local Government and Communities Committee report was published and Mr. Simpson commented in the local press on South Lanarkshire’s lack of a Empty Homes Officer, Mr. Simpson has since learned that South Lanarkshire Council is now looking to fill said role.

“It is encouraging to hear that South Lanarkshire Council is looking into filling this necessary role,” said Mr. Simpson. “I hope they will also reconsider their approach to the levy because it is also not helping. The Scottish Government and local council’s need to work together and tackle the housing crisis head on as it’s an issue of growing importance.”