‘Mackay’s law’ will mean invisible MSPs are kicked out 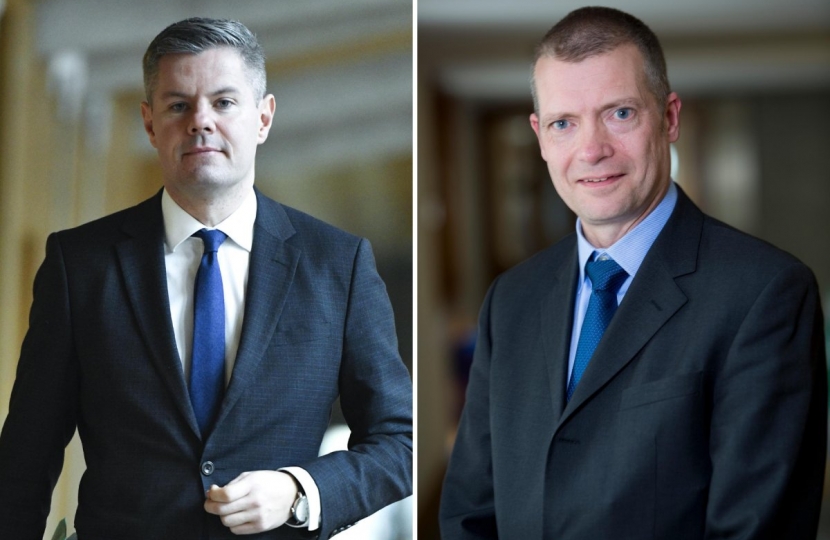 MSPs who do not turn up to Holyrood yet claim their full salary should be kicked out of the Scottish Parliament after six months, the Scottish Conservatives have said.

The call comes as pressure mounts on disgraced former SNP cabinet secretary Derek Mackay to resign his seat after his complete absence from Holyrood proceedings since he was found to have texted a teenage boy 270 times.

Just last week, the boy’s mother called for Mr Mackay to step down given his months of paid inactivity.

Graham Simpson, the Scottish Conservative transport spokesman, has now announced that he will introduce a private members bill in the next parliament to do just that.

‘Mackay’s law’ would mean that any MSP who failed to show up to Holyrood for six months could no longer remain as a member of the Scottish Parliament, similar to the rules in many local councils.

“Most councils have rules on this and if Derek Mackay was a councillor and hadn’t done his job for six months then he would have been drummed out.

“But there are no rules covering MSPs’ attendance, which means they can do nothing and pocket the cash.

“In theory, you could act like Derek Mackay is currently doing for five years. That is just wrong.

“If you are elected to the Scottish Parliament you should be a worker not a shirker. Nothing else should be allowed.

“If Mr Mackay had any honour left he would stand down now and allow the people of Renfrewshire North and West to elect someone who will properly represent them.”