Local newspapers must be protected amid crisis 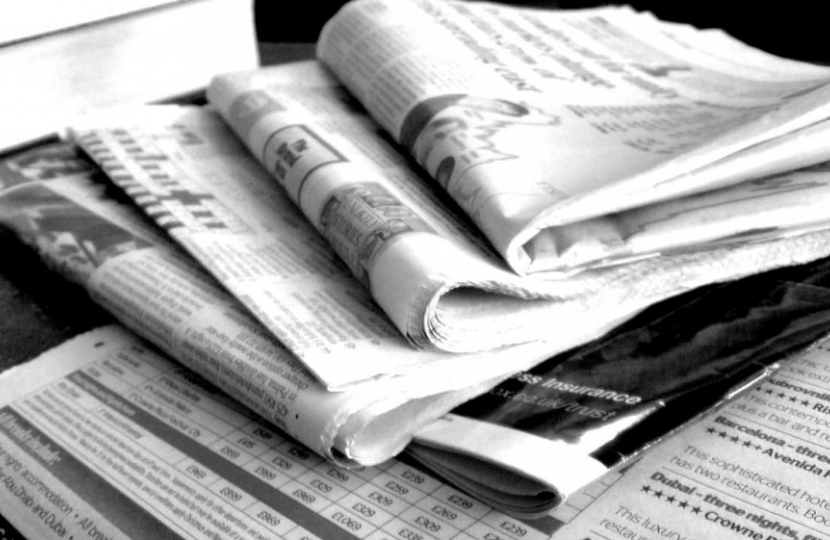 Scotland’s regional media must be supported by both Scotland’s governments to ensure their survival now and after the Covid-19 pandemic.

The Scottish Conservatives said the vital role played by the country’s trusted traditional press was clearer than ever as the coronavirus crisis continues.

Graham Simpson and the rest of the Scottish Conservative MSPs have urged Kate Forbes to work with the UK Government to ensure action is taken as quickly as possible.

The Scottish Conservatives have said that a 100 per cent rates holiday was essential, and that the Scottish Government should direct more advertising in the direction of newspapers.

Ministers are spending considerable sums on public health messages, but most of that is online to companies who are ultimately based overseas.

The Scottish Conservatives have also suggested investing in a similar scheme to the Danish government, which has introduced a fund for media organisations during the crisis.

A similar initiative by the Scottish Government could be replicated for around £25 million.

A trusted media loan scheme has also been floated, which established titles could sign up to.

As well as providing a vital public service, news publishing supports around 4000 jobs in Scotland.

"Circulations have dwindled over a number of years and papers have folded but this crisis has shown just how important the mainstream press is.

"We must get behind newspapers and make sure they survive.