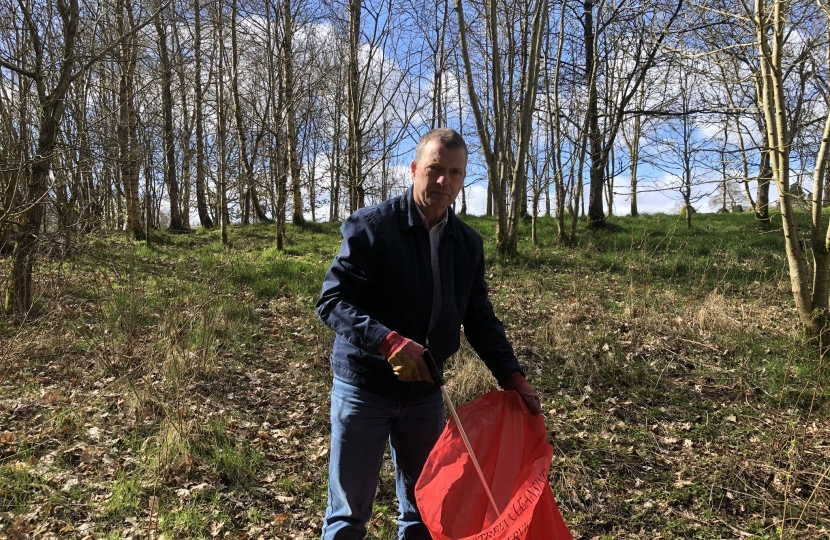 I have been volunteering since long before the pandemic with a group that cleans up cycle paths - and we do a bit of cycling too - throughout Lanarkshire.

My daughter bought some litter pickers and we have also been doing our bit close to home.

Today I joined some other like-minded people in East Kilbride - socially distanced of course - and went along part of Calderglen.

My daughter and I went off on our own delivered two full bags at the end.

We'd heard the glen is being used a drinking den and there was certainly evidence of that.

We picked up loads of cans and bottles. Sadly, this is normal.

I just don't understand the mentality of people who deliberately make a mess of their own community.

It harms the environment and it either just stays there or someone else has to clear it up.

There is always a part of me that thinks 'why should I be doing this?'

I know why I do it. It's because I care about where I live and so do the thousand people who are part of the East Kilbride Litter Pickers Facebook group.