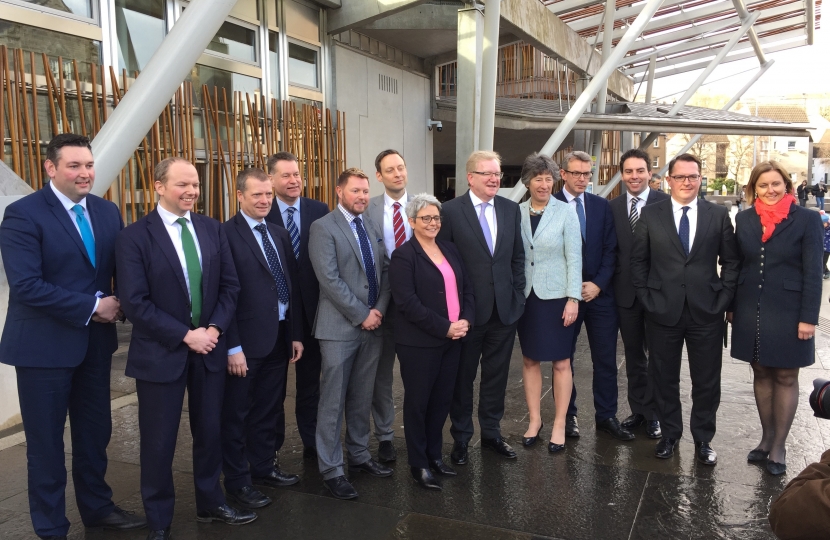 Scottish Conservative leader Jackson Carlaw has unveiled the party’s new shadow cabinet to take on the SNP and offer Scotland a genuine alternative.

Jackson has pledged to put housing at the centre of government and has promoted MSP Graham Simpson into the shadow cabinet with the remit of tackling homelessness and giving every young person the hope of owning a home.

Jackson will also announce further appointments in shadow junior minister roles and in other areas of responsibility in coming days.

“It is an immense privilege to be appointed to Jackson’s shadow cabinet.

“I look forward to working with him to create an exciting new policy platform that takes us into the 2021 elections and beyond.

“With Jackson as the leader and the members of his shadow cabinet announced, the Scottish Tories are ready and willing to tackle the SNPs mismanagement head on.

“I am excited to have the added responsibility of social security to my portfolio as there’s a great deal of work to be done to put the dignity of Scots first and provide an adequate and proper safety net for all of us, there when we need it.

“The fact is that years of SNP neglect have overseen a deterioration in almost every area in which they have had responsibility.

“I have experienced through my role as Shadow Spokesman for Housing and Planning the inadequacies of the SNP Scottish Government.

“Not only do we have a housing crisis on our hands, this government continues to fail local council’s with only independence in sight.

“We will be working hard to put Scots first and I look forward to making the most of this opportunity.

“This is a brand new shadow cabinet designed to take on the SNP leading up to May 2021, and take the Scottish Conservatives into government after it.

“We’ve got the best people fighting in the best places, and they’re going to bring us onto the next level.

“I also promised to prioritise areas like housing – such a critical area for young people across the country – which is why I’ve included that role within the shadow cabinet.

“It’s simply not enough for us to be a strong and effective opposition anymore.

“We need to prove to the people of Scotland that we’re a government in waiting, and that’s exactly what I intend to do over the next 15 months.

“The nationalists’ time in government is coming to an end and we’re ready to step up and step in.”