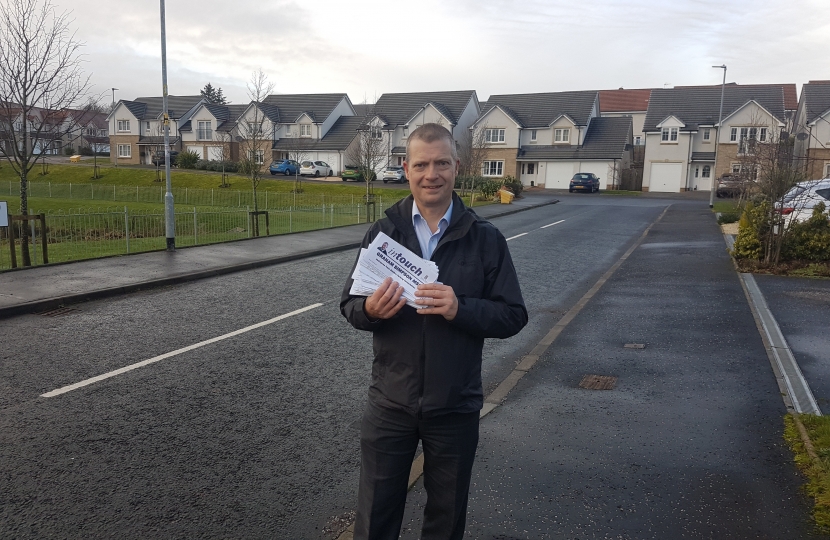 I recently asked South Lanarkshire Council for an update following their survey – helped by me – of residents on possible proposals for residents parking zones in Hairmyres. I have received the response below. I am following up on all this with a meeting with the council.

“Almost 1,000 responses were received in response to the consultation and these are currently being analysed and considered. There are a number of different views on the proposal, its extent, and on what else may be required, such as increased parking at the station. Once the analysis has been completed and the comments considered a decision on how to proceed will be made; we expect this analysis to conclude during the summer and next steps formulated thereafter. It should also be noted that a wider review of existing Residents’ Parking Permit Policy is currently ongoing and the conclusions of this will also influence any recommendation regarding Hairmyres.

“The Council remain committed to finding a viable solution to managing commuter parking and we are presently working with colleagues in Transport Scotland and rail partners to provide enhanced rail connectivity on the East Kilbride line, improved accessibility to stations, better transport integration, with improved park and ride facilities and active travel provisions.

“With regard to the parking within the hospital grounds, these roads are not public and, as it currently stands, the Council have no remit or jurisdiction over them. Should the NHS wish to have formal restrictions promoted the Council could do this for them, at their expense and, subject to its successful implementation, enforce it for them. We will contact the NHS and ask if this is something that they would wish to consider, however, as I am sure you will appreciate, the issue of parking within hospital grounds is a highly emotive one.”