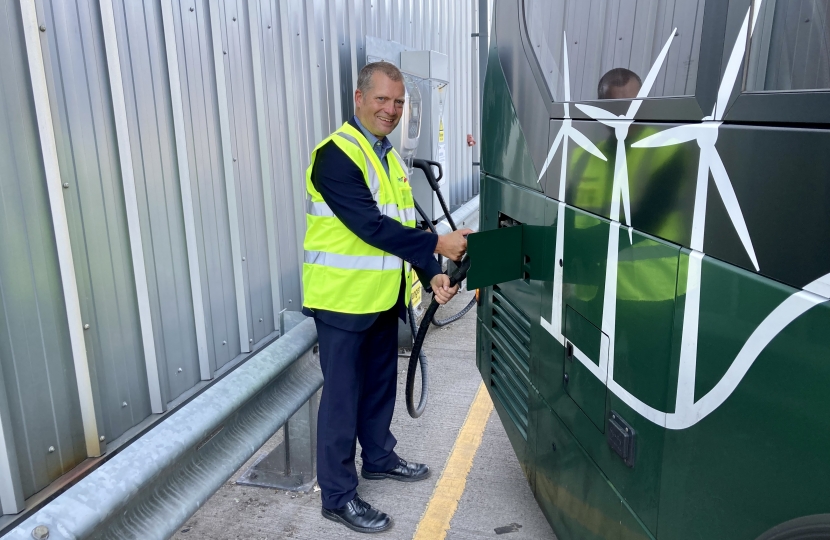 The company has been trialling electric buses in the city and plans to get 148 over the next 18 months from Falkirk-based Alexander Dennis.

Mr Simpson said: “It was great to hear about this ambitious roll-out of electric vehicles.

“It is essential that we get more people using buses – and we spoke about the challenges around that – as well as reducing carbon emissions. Public transport has a great role to play in that.”

Mr Simpson also spoke to the company about new powers in the Transport Act 2019 which would allow councils to operate services.

He said: “We have seen gaps in services in places like East Kilbride and some public transport deserts. If we want to get people out of their cars and onto buses then something has to change but there can be a strong role for the private sector.

“First are looking at simplifying fares – it’s too complicated at the moment – and using technology such as tapping in and out of buses which would make things easier. We also need to make it easy for people to book tickets using different modes of travel.”