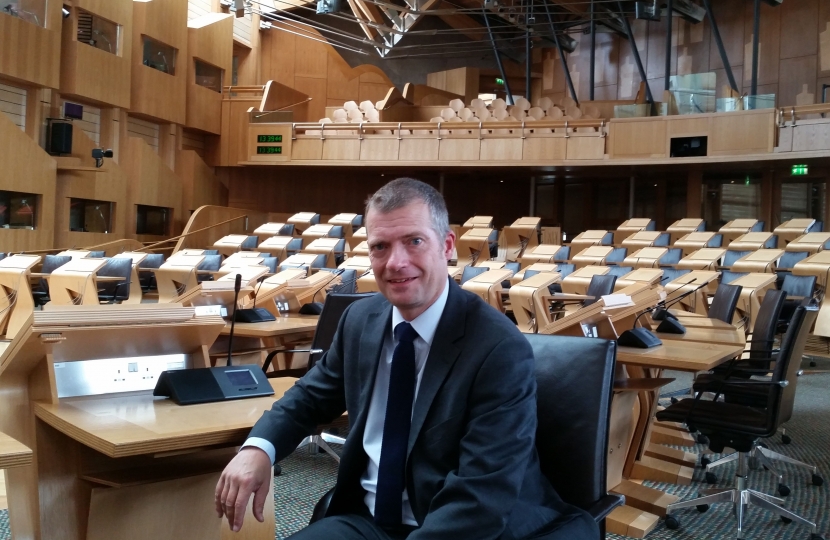 Mr Simpson raised the issue in the Scottish Parliament. Economy Secretary Keith Brown said he would “not rule out” a  refresh.

Mr Simpson said: “Politicians of most parties – Labour apart – have been expressing concerns about Stewartfield Way and other projects in the Glasgow City Deal.

“I asked the question on the back of a question which called for Ravenscraig to be included in the package, something I agree with.

“I recently met with South Lanarkshire Council officials to discuss Stewartfield Way and it is clear the previous full-steam ahead approach to dualing the road has somewhat diminished.

“I hope that my solution – that we build a flyover at Kingsgate – will be the one that prevails because there is zero evidence that turning Stewarfield Way into a dual carriageway along its full length will achieve anything other than spending lots of public money and causing a great deal of unnecessary disruption.

“The minister’s answer was encouraging. I intend to take up his suggestion that I meet with the relevant UK government minister after the General Election.”

The question and answer from the Scottish Parliament:

There have been cross-party concerns around some of the projects in the Glasgow city deal. Road schemes in particular have been plucked off dusty shelves—having lain there sometimes for decades—and dusted off and thrown into the mix on the back of business cases that, to be frank, do not stack up.

Holytown link road in North Lanarkshire and Stewartfield Way in East Kilbride are just two of the schemes for which there is little or no justification. Clare Adamson is right to point out that Ravenscraig would be a useful area on which city deal money could be spent, but as far as I can see there is nothing planned. Such are the concerns that the Local Government and Communities Committee is going to undertake an inquiry into city deals.

Does the minister agree that the Glasgow city deal should be refreshed in order to deliver economic growth across the region as it was set up to do?

I would not want to rule out looking afresh at those matters, but I highlight that the basis of the city deal includes an assurance framework to which both the UK and Scottish Governments have signed up. If there is dissatisfaction with the assurance framework, the member might want to take that up with the UK Government to see if it shares that view. I have not had such feedback from the UK Government as things stand.

The upcoming local authority elections may provide us with the opportunity to look afresh at these matters. As for whether projects have been taken off dusty shelves, projects were put forward by local authorities themselves and we agreed to support them. Local authorities chose the priorities, and we have backed them up in their choices.