Frank’s Law will benefit so many people across the country 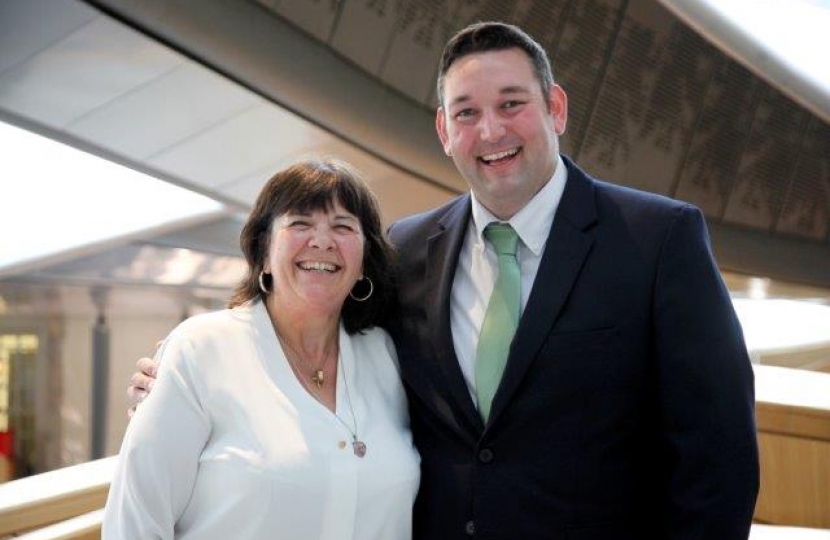 A bill to introduce Frank’s Law – a guarantee that under 65s with conditions such as dementia receive free personal care – has today opened for a three month consultation.

Scottish Conservative shadow health secretary Miles Briggs lodged his Member’s Bill proposal last Thursday and at the weekend sources suggested that the Scottish Government would now be open to introducing this change.

The bill, which will allow MSPs to vote on introducing the legislation has attracted support from every opposition party at Holyrood.

Some SNP MSPs too – including former health secretary Alex Neil – are also keen on the move.

Lodging the bill, Miles was joined in Holyrood last week by Amanda Kopel, the wife of former footballer Frank, who died three years ago having been diagnosed with dementia at the age of 59.

Miles said: "The consultation on my Member’s Bill proposal runs until October 6 and I urge individuals and organisations across Scotland to give their views during this period on Frank’s Law.

"That way we can demonstrate the level of support for removing the age discrimination that currently exists for people who need free personal care.

"While it is welcome that Scottish Government sources have belatedly indicated they will adopt Frank’s Law, we need a firm commitment from ministers to that effect and a detailed timetable from them for its implementation.

"This consultation will help keep the pressure up on the Scottish Government to do the right thing and deliver Frank’s Law without delay.

"If they decide not to do this, then I want to be in a position to take my Member’s Bill proposal to the Parliament and ask all MSPs to back it as there is a majority in favour of Frank’s Law."

Amanda Kopel said: "I welcome the launch of this consultation as another important step in the progress of Miles Briggs’ Member’s Bill proposal.

"I encourage people across Scotland to make their thoughts known in this consultation.

"Frank’s Law will benefit so many people across the country, including in the future many families who currently would never envisage having to care for a loved one under 65 with a condition like dementia."

Please take the time to read the Bill proposal and fill in the survey in the links below.

Full details of the Bill proposal can be found in this link.

Please take the time fill in the survey.