First Minister does a u-turn on beer gardens 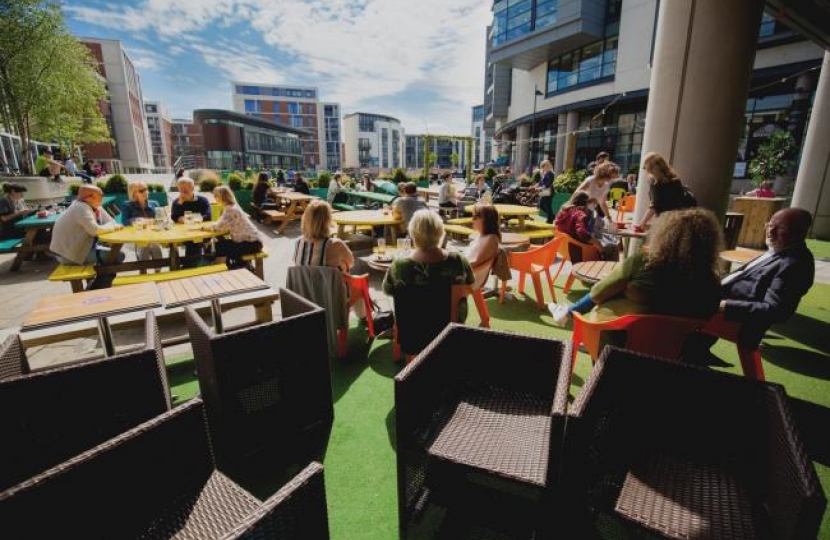 Local MSP Graham Simpson has welcomed that beer gardens are set to re-open on July 6 but questioned what evidence has changed Nicola Sturgeon’s mind after she ruled it out just six days ago.

The Scottish Conservative and Unionist MSP questioned the First Minister on the issue last week where he questioned why outdoor markets were being allowed to re-open but beer gardens weren’t at the end of June.

However, in a further update to Parliament today the SNP First Minister has now said beer gardens and outdoor areas should be planning to re-open on Monday July 6.

Mr. Simpson queried what had changed so dramatically in less than a week and wondered if people had suddenly decided they wouldn’t be shouting in beer gardens when they visit them again.

Commenting, Graham Simpson MSP said: “The news that beer gardens are going to re-open on July 6 is welcome news for our pub and hospitality trade who have been so badly affected by the Covid-19 pandemic.

“However, it was less than a week ago that I asked Nicola Sturgeon about why they weren’t planned to be re-opening at the end of this month.

“Her reasoning surrounding the patterns of breathing simply didn’t wash with me and many others, who felt that this could have been done safely.

“I had called for the First Minister to be transparent on the science behind this decision and I would be equally intrigued as to what has changed so much in six days.

“Perhaps she’s received assurances that people won’t be shouting and singing in beer gardens after all.

“I hope that this will give a welcome boost to local pubs and hospitality outlets, but they would have benefitted from clarity sooner rather than later."