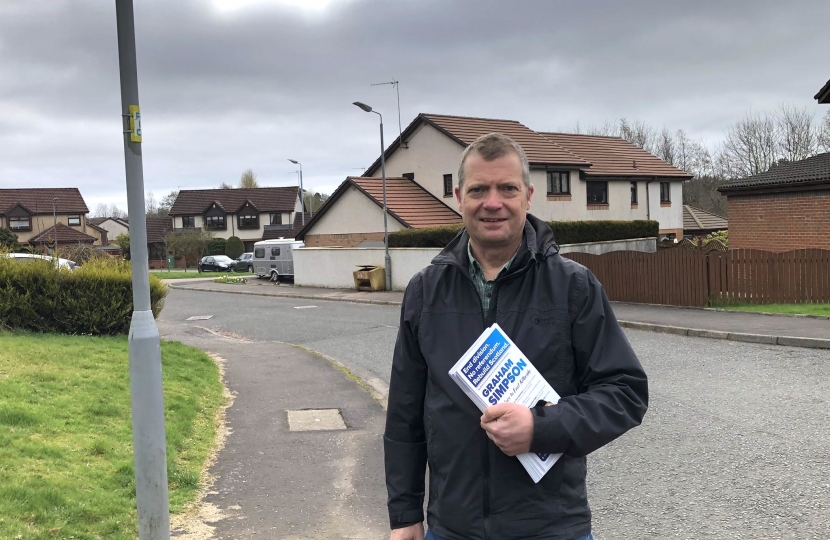 Mr. Simpson has highlighted the plans from his party that would allow parents to access wraparound childcare for P1 to P3 children, up to 195 hours per year.

The proposals also include a new campaign which would encourage families, including those in East Kilbride with eligible 2-year-olds to take up a funded childcare place.

Parents in East Kilbride would have full flexibility to choose between local authority, private or voluntary childcare providers, when the promised 1,140 hours of childcare are rolled out this August.

The Scottish Conservatives would also deliver £1 million for early language support to address the ‘word gap’ between pupils from more deprived and more affluent areas at the nursery level, and a further £2 million to help children transition from nursery into primary school.

“The Scottish Conservative proposals would give much greater flexibility and support when it comes to childcare.

“It will help parents in East Kilbride to continue working and not have to put careers on hold to bring up their children.

“Funding would also be targeted to help disadvantaged children in East Kilbride to stop the attainment gap growing before they reach school.

“The SNP have failed to be ambitious or flexible enough when it comes to childcare policies over their 14 years in office.

“As usual, they have made big policy announcements, but they’ve failed to back it up with support for families, local authorities and childcare providers.

“Only a vote for the Scottish Conservatives on the party list vote in East Kilbride can stop an SNP majority and ensure we can be fixated on improving the situation for families, rather than focusing on another referendum.”