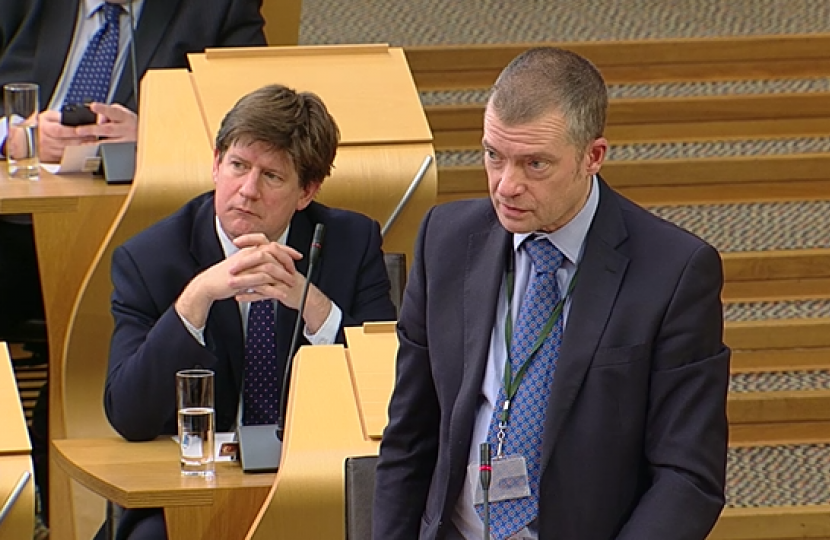 The Scottish Conservatives have derided the new Scottish Government target on energy efficiency as ten years too late.

In the 2016 manifesto, the Scottish Conservatives set out a clear target to “achieve transformative change in energy efficiency across Scotland – with all properties achieving an Energy Performance Certificate (EPC) C rating or above by the end of the next decade at the latest.”

In contrast, the First Minister today launched the Route Map to an Energy Efficient Scotland, which includes a target that “by 2040, all homes are improved so they achieve an EPC rating of at least Band C.”

The Scottish Conservatives have also criticised the route map for having energy efficiency targets which lack serious ambition on tackling emissions from domestic heating.

“The so-called plan put out by the SNP is a woolly wish-list with no detail.

“They have not said a word about how they will help home-owners to improve the energy efficiency of their homes and by giving a date of 2040 to achieve targets they are effectively kicking the issue into the long grass.”

“The Scottish Conservatives recognise how vital it is that everyone in Scotland has a warm home as soon as possible.

‘We have repeatedly called on the SNP to adopt the bold and ambitious target of EPC C rating by 2030 as set out in our 2016 manifesto and, once again, it has failed to do so.

‘Their target of ensuring all homes being at EPC ‘C’ rating by 2040 is a decade too late.

‘There has long been support for this target across the chamber so it is ridiculous that the SNP has taken such a long time to come up with targets that are much less ambitious than our own.

‘What we have today is an SNP Government proposing unambitious targets for those in fuel poverty, as well as failing to tackle the wider picture of reducing emissions.”

The Scottish Conservative manifesto pledge can be found here – P33

‘Scottish Conservatives therefore believe that we should introduce a clear target to achieve a transformative change in energy efficiency across Scotland - with all properties achieving an EPC C rating or above by the end of the next decade at the latest’.