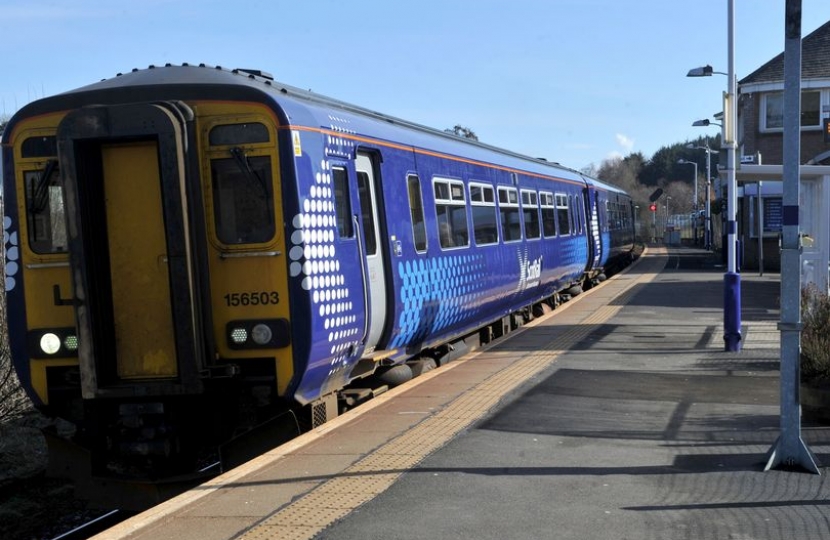 MSP Graham Simpson is optimistic for the future of East Kilbride’s rail line as Cabinet Secretary Michael Matheson agreed that battery-powered trains could be in its future.

During questioning at the Rural Economy and Connectivity Committee, Mr. Simpson enquired on what the government’s plans were for battery-powered trains in Scotland, general improvements to railway and station infrastructure and the potential for savings.

Mr. Matheson confirmed that investigation works have commenced in East Kilbride and stated that they’re not only looking into electrifying the line, but dualling it as well. Enhancements will also be made to the East Kilbride railway station.

“I’m glad that the Cabinet Secretary and I are in agreement on enhancements to the East Kilbride line.

“ScotRail has the potential to be the first alternatively-fuelled passenger train operator in the UK and the East Kilbride line is a great launching point for this endeavour.

“By dualling the line and adding battery-operated engines, we could see huge savings for engine operations, a substantial reduction in our transportation carbon footprint and more reliable service.

“As for upgrades to the East Kilbride railway station, plans from the SNP Government have been a long time coming. There are a plethora of issues with the station as-is, and our government needs to get cracking on making vital upgrades.