Eat Out to Help Out success 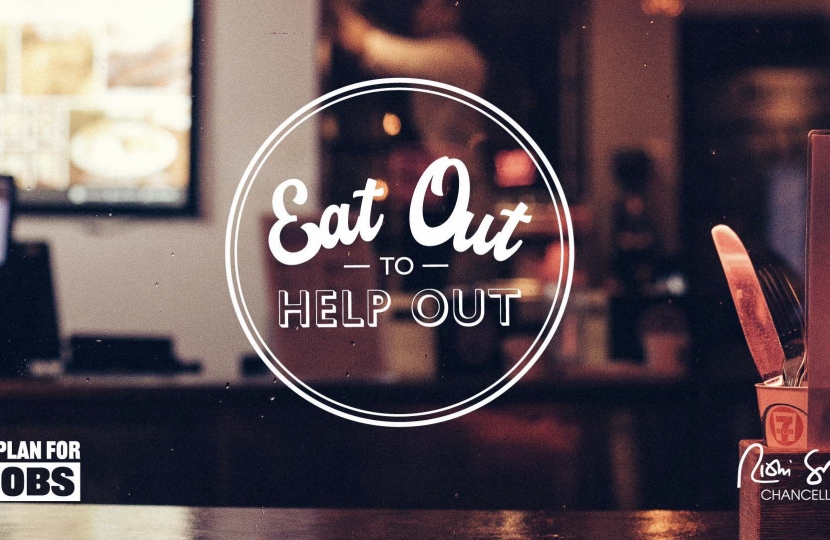 Central Scotland MSP Graham Simpson has hailed the success of the UK Government’s Eat Out to Help Out Scheme after newly released figures showed that over six million meals were claimed for in Scotland during the month of August.

Over 8,500 restaurants across Scotland registered for the scheme including 89 in East Kilbride, Strathaven and Lesmahagow which saw a total of 113,000 of meals claimed by constituents on Monday-Wednesday’s last month.

The figures also don’t yet highlight the figures from the last day of the scheme on Monday 31 August, meaning the final total in Central Scotland will likely be very higher as a result of Chancellor Rishi Sunak’s shot in the arm for the hospitality sector

Mr. Simpson says that the scheme has once again shown how the UK Government has stepped up to support Scotland’s economy and businesses throughout the Covid-19 crisis and says that many jobs will now have been protected locally as a result of the Chancellor’s initiative.

Commenting, Mr. Simpson said: “The Eat Out to Help Out Scheme from Rishi Sunak was a wonderfully innovative idea and one that has proven hugely popular right across East Kilbride, Strathaven and Lesmahagow.

“It is excellent to see this now highlighted in the hard facts from the Treasury with a total of 89 and 113,000.

“This has been a real shot in the arm for the hospitality sector to get them back on their feet following the Covid-19 shutdown and has brought about a real buzz to our many wonderful restaurants, pubs, cafes and other hospitality businesses across the area.

“Many jobs that might otherwise have been lost now stand a real chance of being saved as a result of the Chancellor encouraging us to do our bit and I’d like to thank all locals and visitors who supported businesses here in East Kilbride.

“There is still so much more we need to do to support our hospitality sector in the coming months, but the Eat Out to Help Out Scheme has helped get it back up and running again.”