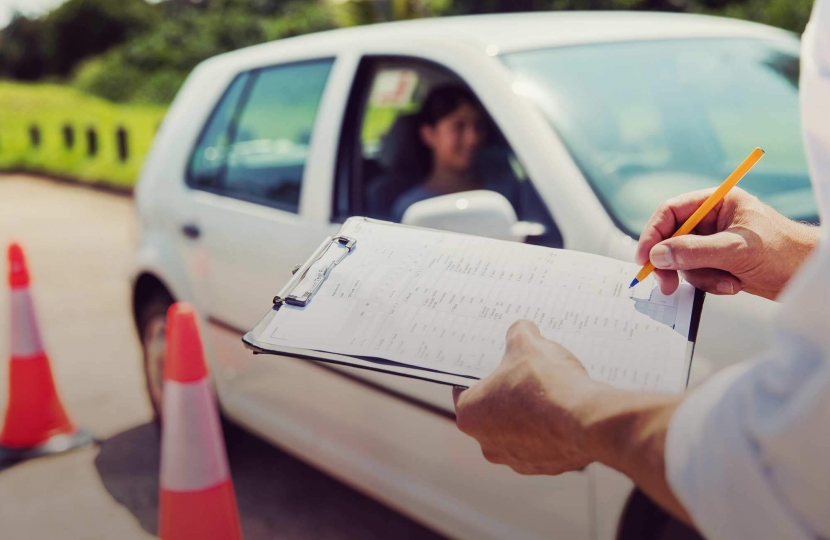 Learner drivers in East Kilbride will be gearing up to hit the roads as driving tests are set to restart on 24 August but they may face a lengthy wait before they can fully obtain their licence.

Conservative MSP Graham Simpson welcomes recent developments following his repeated calls on the SNP Scottish Government for clarity on a date for tests to resume but now calls for a clear roadmap on what supports will be put place to support the growing backlog of tests.

Between April-August from 2017-2019, an average 620 driving tests usually take place across East Kilbride indicating that there will be hundreds of people waiting in a backlog to successfully complete their driving tests.

Driving tests have been suspended in the UK since 20 March. Lessons were prohibited under coronavirus legislation to prevent the spread of Covid-19. Driving lessons have resumed since 4 July in England.

“After my repeated calls to the First Minister for a firm date to resume tests, I’m encouraged that tests are set to resume on 24 August.

“With the government advising people to avoid public transport, those without their own way of getting around have been struggling and any further unnecessary delays will only create further frustrations in an already difficult time.

“Driving can be a key skill in getting a job and could-be drivers need to be equipped with proper and adequate practice.

“With hundreds of people in East Kilbride waiting to pass the theory test and successfully complete a practical test, it will be some time until new drivers are on the road.

“The SNP Scottish Government need to create a clear roadmap to deal with the backlog of tests. The SNP needs to get this right or new drivers will continue to wait in limbo.