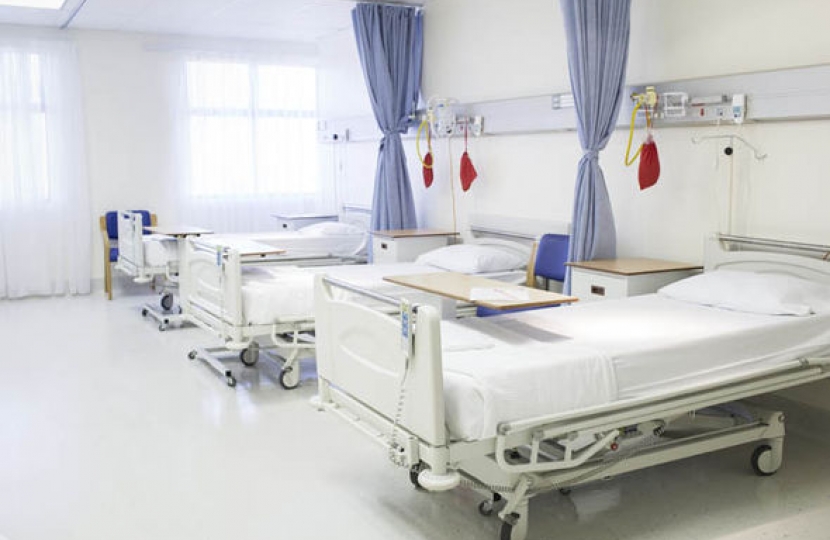 The rise in discharging patients who are occupying hospital beds when they no longer require hospital treatment is another blow to the beleaguered Health Secretary Shona Robison.

The Cabinet Secretary promised three years ago that she would "eradicate delayed discharge" in just one year.

Figures show the opposite to be true; NHS Scotland confirmed that 368,808 of the 494,123 total bed days lost last year due to delayed discharge were for health and social care reasons, with the Lanarkshire hospitals losing 72,285 between them.

Mr Simpson claims the NHS can ill-afford to lose money that could be better spent on training more staff at the three Lanarkshire hospitals, which are at breaking point as the NHS lurches from one crisis to the next.

Mr Simpson said “Another week and another crisis for the NHS. The SNP Government has no one to blame but themselves for this mess.

“Ms Robison and her department really need to get a grip and start showing leadership as the moral of hospital staff is at rock bottom with many leaving the profession in droves as a result.

“The £17m that bed delay is costing NHS Lanarkshire is money they can ill-afford to lose, it could be put to better use on training and retaining front-line medical staff.

“The SNP Government has to be held to account on this terrible state of affairs. It is happening on their watch and the people who cherish the NHS and all it stands for will make their feelings known in no uncertain terms at the next election.”