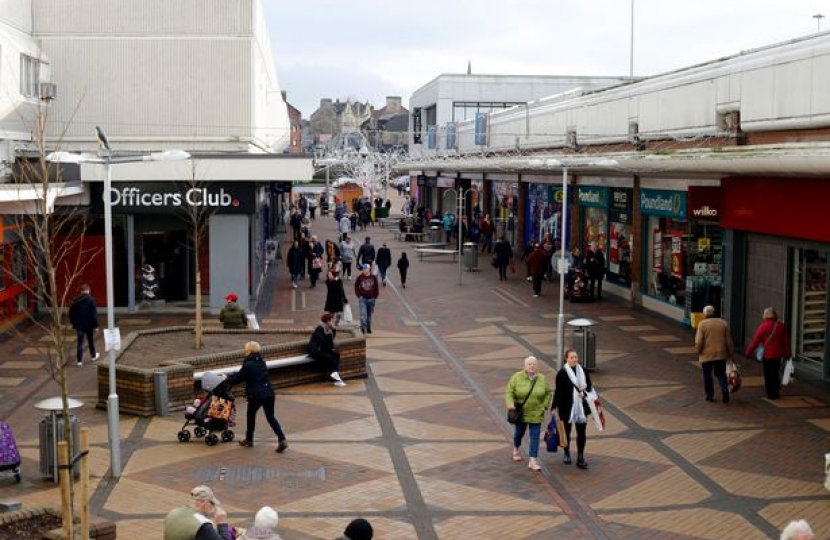 Scottish Conservative and Unionist MSP Graham Simpson is calling on the SNP Government to set out a plan to rescue high streets in Motherwell and Airdrie.

The MSP is backing the party’s calls for a Town Centre Coronavirus Plan to help stop closures and bankruptcies in towns right across the country.

Key industries such as hospitality, tourism and retail are all warning thousands of jobs could be lost in the coming months, due to the slump in demand and continued social distancing measures.

The Scottish Conservatives are calling on the SNP Government to consider measures as part of the action plan including:

Motherwell and Airdrie, spending has slumped by 15% since the end of March when compared with last year.

Commenting, Graham Simpson said: “There is no doubt that we are now facing an economic emergency, on top of the Covid-19 health emergency.

“Every decision people take in Motherwell and Airdrie over the coming weeks, from spending money in local stores, supporting locally run cafes, and paying for local traders to fix household appliances, might be the difference between people joining the job queue at Christmas, or staying on track to further their career.

“Town centres in Motherwell and Airdrie have been badly hit in recent months and the SNP Government needs to lead the way in coming up with a rescue plan for our town centres.

“The SNP Government must use their powers to act now to save our high streets, instead of simply blaming Westminster if things go wrong.

“Without radical action, we risk plunging Scotland into the deepest economic depression of modern times which will leave lasting and incalculable damage on the life changes of the young and the poorest in our society.

“As we ease lockdown measures hopefully in the coming weeks, I will certainly be encouraging everyone in Motherwell and Airdrie to buy local.”