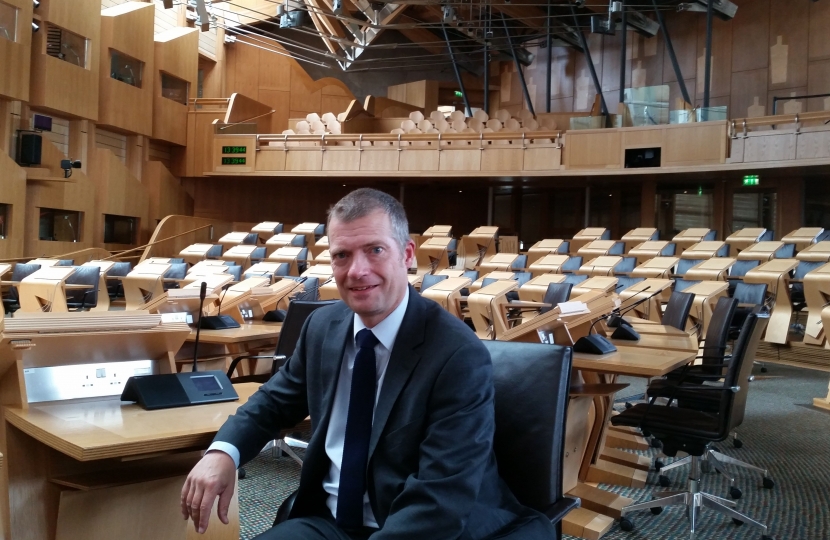 Graham's Column in the Airdrie and Coatbridge Advertiser 29 March 2017

I write this column from my office in Holyrood in the midst of a two-day debate on whether Scotland should have another referendum on independence. The debate has been suspended following the horrific terror attack in Westminster.

Presiding Officer Ken Macintosh used the words “our sister parliament” when declaring that the indyref2 debate would wait for another day. And sister parliament it is. For we are a family of nations and in 2014 the people of Scotland decided that we should remain so.

Many people are fed up with the SNP’s constitutional game-playing. I’ve been inundated with emails from people on both sides of the debate but there is a clear sense that they want an end to all the uncertainty and division that another indyref would bring. They want the SNP to get on with governing Scotland.

There is a lot to sort out. Thangs that that Scottish Government is entirely responsible for. Things like education, languishing in the international league table doldrums. Or health where we have a staffing and waiting list crisis. Or the economy where Scotland lags behind the rest of the UK. Or local public services hammered year after year by cuts to council budgets.

Last May I was elected on a pledge to oppose a second referendum – that vote that we were promised was once in a generation.

I can’t believe that we go to the polls this May – for the council elections – with the threat of another referendum hanging over us.