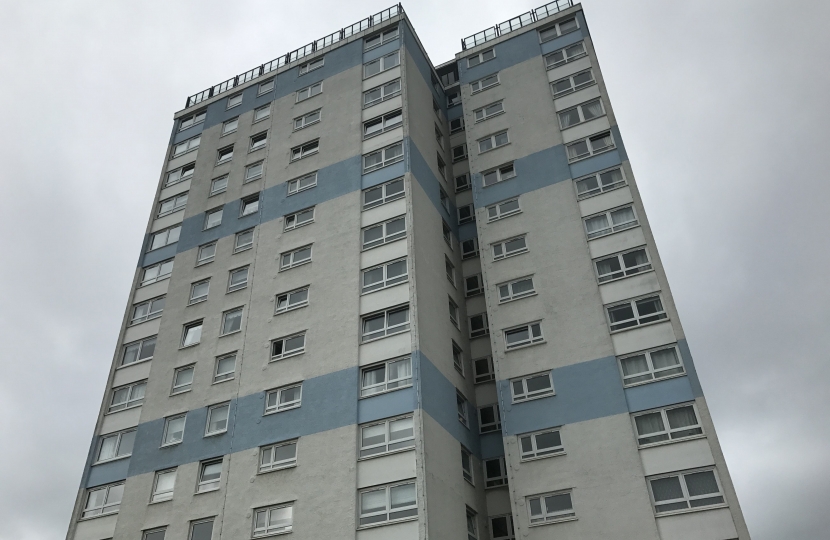 Graham is calling for sprinklers to be fitted in all council high rise blocks following the Grenfell Tower disaster.

Graham who is Conservative housing spokesman said a survey  showing 300 blocks across the country have no such safety features was "alarming".

He said: "The Grenfell tragedy appalled the entire country and it’s vital we never see a repeat of it.

"That’s why it’s absolutely right to question the safety of tower blocks right across Scotland.

"In light of what happened, the Scottish Government should work with councils to ensure every tower block is installed with sprinkler systems.

"That’s what the people living there would expect, and it’s something which has to happen immediately.”

Graham said: "Residents need to be reassured that action will be taken swiftly."