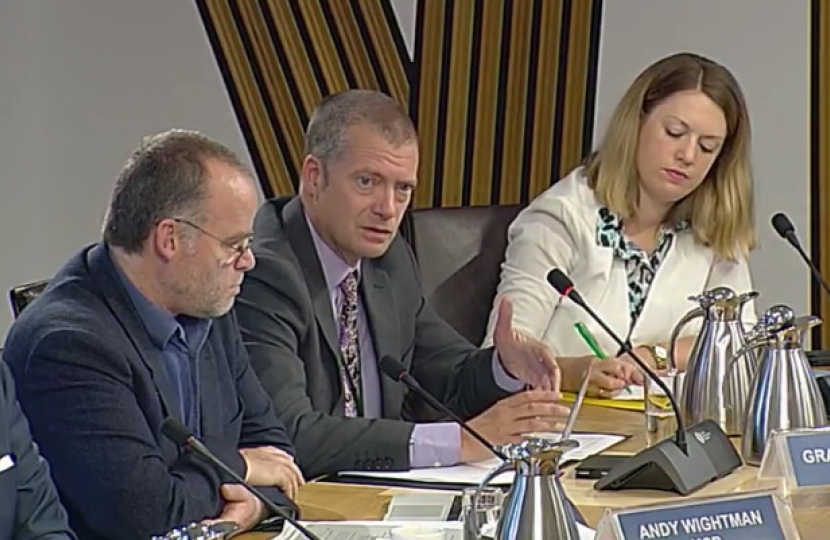 Graham has called for a national awareness campaign after a recent survey showed over two million drivers admitted to parking illegally in disabled bays last year.

He pointed out the level of frustration felt by many blue badge holders that bays were being routinely abused by able bodied drivers saying the “I’ll only be a couple of minutes” - attitude needs to be addressed.

Graham said: “I had the chance to raise the issue of widespread abuse of disabled parking bays with the Minister for Transport when he appeared before the local government and communities committee.

“I put it to him that we need a national campaign to educate selfish drivers that “I’ll only be a couple of minutes” is not acceptable. People should remember disability can last a lifetime.

“He was receptive to my idea and promised to look into it. It’s important that drivers understand the impact their selfish attitude has on the disabled community

“I've even heard evidence that disabled drivers have also been verbally abused after challenging people who park without displaying a blue badge. Society should not tolerate that sort of behaviour.

“A recent survey showed that 12 million drivers parked where they shouldn’t have last year, resulting in over £80 million in fines.

“Two million of those admitted they used disabled spaces. When I told the minister he was speechless.”